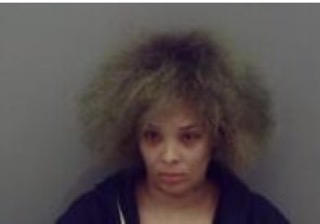 A $25,000 bond was set Friday for a Pine Bluff woman accused of beating and choking her son.

Deputy Prosecutor Jay Gerard said during a court hearing Friday that an officer was sent to Jefferson Regional Hospital where the 8-year-old was being treated. Police reported that the boy had cuts and bruises, a busted nose and lip, and there were indications he had been choked. Gerard said the boy was not interviewed because he had been heavily sedated.

Obasade was questioned and Gerard told the court what she said.

Other children in the house were interviewed and told police they saw Obasade hit the boy in the face and choke him.

Obasade was ordered to have no contact with the boy and told to come back to court on June 23.