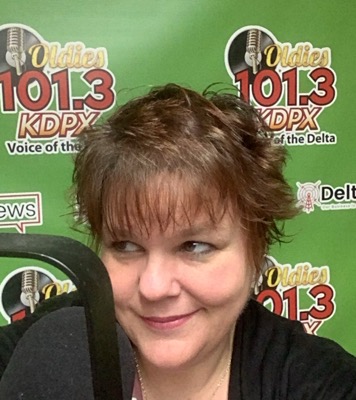 Jennifer Lipp was born and raised in Philadelphia, PA where she asked for a Mr. Microphone for her 8th birthday so she could practice being on the radio.  Her mom gave her one thinking it was a phase.

Several decades later, she hasn’t gotten out of the phase yet. After college and a start in “real radio” in Buffalo, NY, Jen took a morning show in Fresno, CA. Several stations later, Jen and her husband realized they wanted to raise their three children in a sane state. They settled for central Arkansas, where she continues to try to save the world one shelter dog at a time.

Catch her upbeat show every weekday 10a-2pm On The Voice of the Deltaplex Oldies 101.3