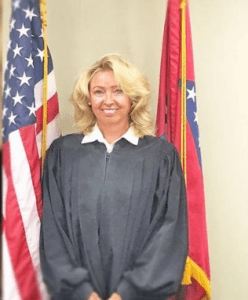 Bridgforth has been appointed and serves on the Access to Justice Committee, and she has also been appointed numerous times to serve as special judge in cases around the state. She attended the University of Arkansas at Little Rock School of Law and has been licensed to practice law for twenty-eight years. Prior to her election as District Court judge, she served as senior deputy prosecuting attorney for Jefferson County.