34-year-old Joseph Hixon and 47-year-old Rusty Draper each died this past Sunday. Hixon was found unresponsive in his cell at Ouachita River Correctional Unit. Draper was found “in distress” in his cell at the East Arkansas Unit near Marianna.

Hixon was serving a three-year sentence for failing to appear in Sebastian County. Draper was serving a life sentence after pleading guilty to the 2017 fatal shooting of 17-year-old Austin Moody of Sheridan. 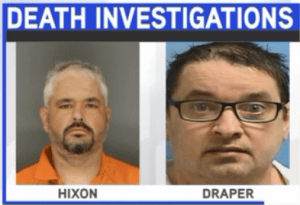