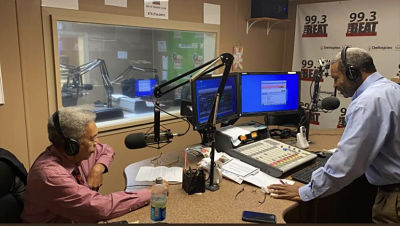 Interim Pine Bluff Police Chief Lloyd Franklin Sr. made his first media appearance Thursday when he was a guest on the TalkBack Live program with Floyd Donald.

Mayor Shirley Washington announced the appointment of Franklin, who retired from the Arkansas State Police after 30 years, late Monday night. He replaced Interim Chief Kelvin Hadley, who had held the position since Police Chief Kelvin Sergeant announced he would retire at the end of June.

Franklin was asked why he accepted the job.

During his career with the State Police, Franklin has had a variety of assignments in all phases of law enforcement and Donald asked him why he had taken a job that could be considered a lightning rod since many residents blame the chief for everything that happens.

He said he was planning a meeting with the command staff Friday morning and was asked what he believed his biggest challenge would be.

Franklin went on to explain why.