A group of approximately 25 Black Lives Matter supporters held a protest on the lawn of the Grant County Courthouse in Sheridan on Monday afternoon while a number of onlookers watched the protest from across the street and around the corner from the courthouse.

The protest was peaceful when DeltaplexNews.com first arrived on the scene with protesters responding when drivers passing by honked their horns or yelled out phrases both in support and against the protest.

One protester, who wished not to be named, told DeltaplexNews.com that they were there to protest in peace and to show solidarity with the Black Lives Matter movement while standing up against systemic racism and police brutality.

Likewise, one of the onlookers near the courthouse said they respected the right of the people to protest, but were there to “keep an eye” on the protest to make sure it “didn’t get out of hand.”

That person, who also wished not to be named, stated that they have seen protests turn violent and have seen businesses broken into, vandalized, and in some cases sat on fire, and they were there to ensure that did not happen in Sheridan.

Around 7 p.m. additional protesters showed up and began to try to antagonize those in attendance. The small group of people were eventually told to leave the area by law enforcement. Once that group left the remainder of the protest was peaceful, and the crowd dispersed before the 8 p.m. permitted deadline.

Grant County Sheriff Ray Vance told DeltaplexNews.com that he believes everything went fine, and that if people don’t like how things are being done there are proper ways to obtain change. 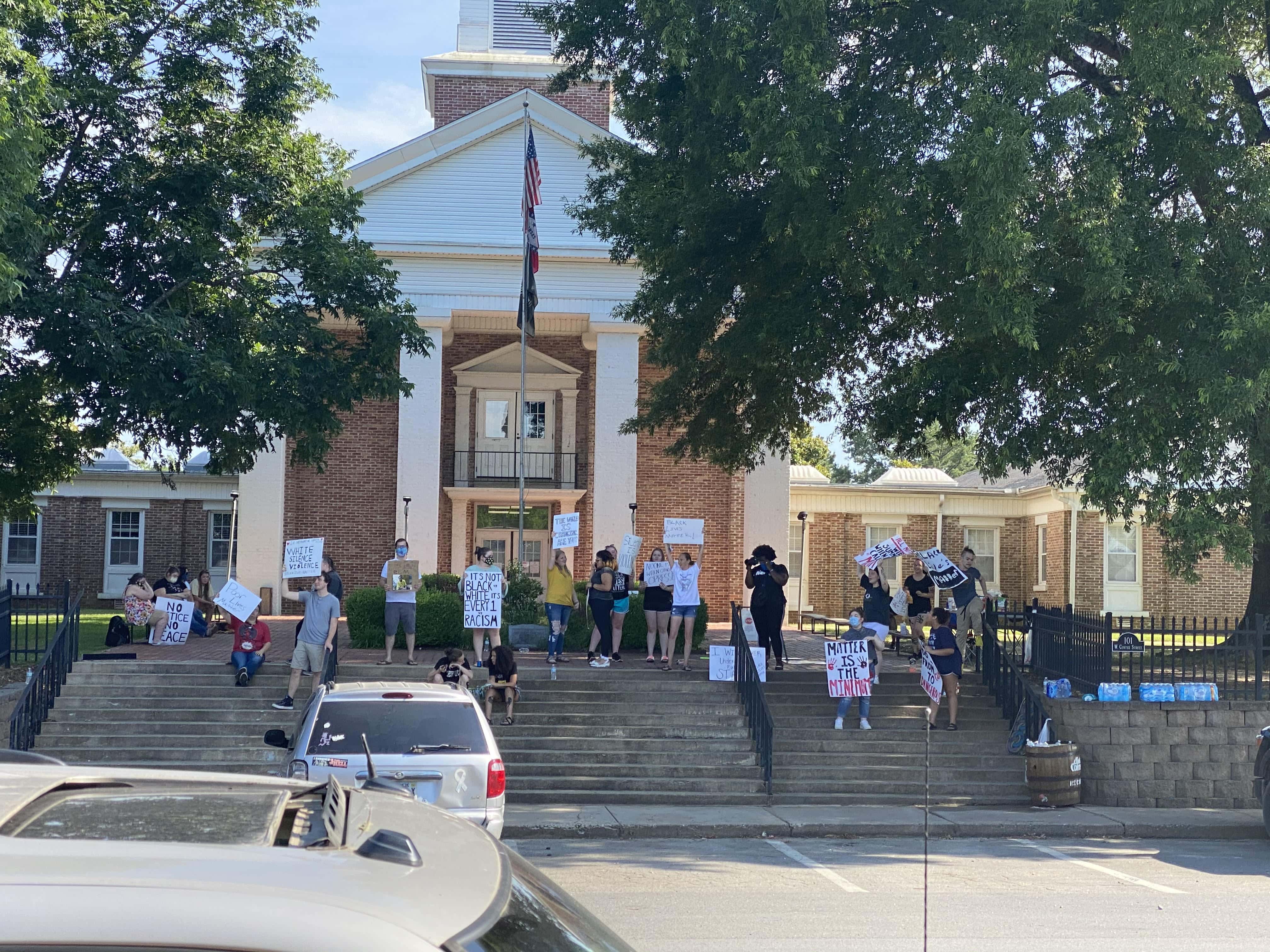 Sheridan School Board votes to keep optional masking for students; Will revisit in three weeks