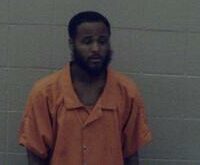 A $25,000 bond was set Friday for a Pine Bluff man accused of hitting an elderly man several times in February.

Deputy Prosecutor Mircha King told the court that on Feb. 18, officers were sent to 3901 Royal Forest in response to a reported battery.

King then told the court what officers learned when they arrived at the house.

Cain said his family would hire an attorney and he was ordered to have no contact with the victim until the case is settled.