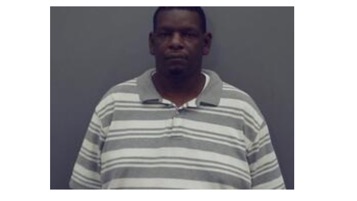 A $15,000 bond was set Wednesday for a White Hall man accused of using his vehicle to ram a vehicle driven by his ex-girlfriend on Sunday.

Jefferson County District Judge Kim Bridgforth set the bond after ruling prosecutors have probable cause to charge Tyrone Dirks, 42, with aggravated assault on a family or household member and two counts of criminal mischief.

Reading from a probable cause affidavit from White Hall Police Maj. Mickey Buffkin, Deputy Prosecutor Beth Carson said a White Hall Police Office was sent to the Fallen Oaks Apartments at 4:25 p.m. where he spoke to the victim.

A witness confirmed the victim’s story and identified Dirks, who the witness said they knew.

Dirks turned himself in the following day and when questioned, said he was hurt and upset because the victim had ended a 14-year relationship with him and was seeing someone else. When asked about him using his vehicle to ram the victim’s vehicle, he would say only that she had threatened to kill him.

Carson said Dirks refused to tell officers where his vehicle was so they could check the damage on it.

Dirks said he would hire his own attorney and was told to have no contact with the victim until the case is settled.