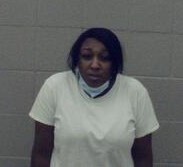 A $10,000 bond was set Friday for a Pine Bluff woman accused of trying to bring contraband into the prison at Varner.

Jefferson County District Judge Kim Bridgforth set the bond after ruling prosecutors have probable cause to charge Amber Daniels, 34, with furnishing prohibited articles and possession of a controlled substance.

King said Daniels, who has no criminal history, was not interviewed after she asked for an attorney. She said she would hire her own attorney.