An Arkansas Department of Education assistant commissioner has been appointed the new superintendent of the Pine Bluff School District (PBSD) after it was taken over by the state, according to an Associated Press report.

Jeremy Owoh was appointed to the job by Arkansas Education Commissioner Johnny Key during a Friday meeting of the state Board of Education. The state board removed Monica McMurry, the interim superintendent of the school district, on Thursday and dissolved the district’s school board.

The state board declared the district was fiscally distressed and unlikely to have enough money to operate by the end of the school year. Owoh, who’s been an assistant superintendent for the Jacksonville/North Pulaski School District, says he’s excited about the opportunity

Pine Bluff joins the Dollarway, Earle and Little Rock school districts as being under state control. 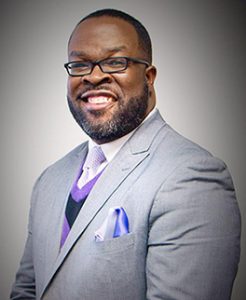 According to Ark. Code Ann. 6-20-1907, a school district identified as being in fiscal distress may not incur any debt without prior written approval by the Education Department. “Any debt” includes any employment contract, vendor contract, lease, loan, purchase, or any other obligation that will increase the district’s financial obligations, accounts payable, or its liabilities. The PBSD is required to obtain this prior written approval from the department.

After news broke on Thursday that the state would be taking over the PBSD, many parents and patrons of the district questioned what exactly a takeover means.

For one, day-to-day school operations will continue as normal, meaning all classes will be held as scheduled, and all school activities will meet. Owoh will be required to issue ongoing reports to the state about progress that’s being made to help the district become fiscally sound again.

The state will act as the district’s board of directors until such time as the State Board of Education rules that the district can once again function properly under local control. At that time, school board elections will take place, and residents of the district will vote for a new board.

The district will have available to it any state resources it needs to help it return to local control, according to state education officials.

Education officials also raised some concern Thursday about the state of the district’s academics. A meeting is scheduled in October to discuss that topic. At that time, the state could declare the district as being in academic distress.

The academic distress designation is established in Arkansas Code § 6-15-425, but state statute gives the State Board the authority to define the criteria used to classify a district or school as academically distressed (§ 6-15-424 and § 6-15-431). ADE rules specify that a district or school may be placed in academic distress under two circumstances:

When 49.5 percent or less of its students test “proficient” or “advanced” on state-mandated math and reading exams over the previous three years; or

When the district has a school designated “priority” under the state’s Elementary and Secondary Education Act (ESEA) Flexibility Plan that has not made the required level of progress. A school can be designated as being in academic distress under this criteria if it is a priority school that is not making the required progress.

On Thursday, former PBSD board member Henry Dabner said,“It’s sad that it had to happen, but we were given many chances to fix the issue and we didn’t.”

GFPB CEO Ryan Watley addressed the state board on Thursday regarding the issue.

″… the district is in such disrepair that awaiting years to democratically assemble a board would be far too late,” Watley said. “State control of the district’s finances does not address the systemic challenges. Everyone assembled here is a product of the immeasurable opportunity to succeed. Our children are not being afforded this opportunity and the vibrant future of our community is dependent upon providing a competitive public education.

“All factors considered, a state of emergency must be declared. We request the state board of education exercise its full and rightful powers for complete intervention of the district.

“Education is the most important pillar to the Pine Bluff community. We aim to improve education in the areas of leadership, curriculum, accountability, and recruitment of certified teachers.”