Hot Springs police officer Brent Scrimshire was conducting a traffic stop around 6:30 p.m. in the 1000 block of Kenwood Street, according to the Hot Springs Police Department.

Authorities said during the traffic stop, shots were fired and Scrimshire and the suspect were both struck. Scrimshire was taken to a local hospital where he died from his injuries. Police have not released the name nor the condition of the suspect at this time. 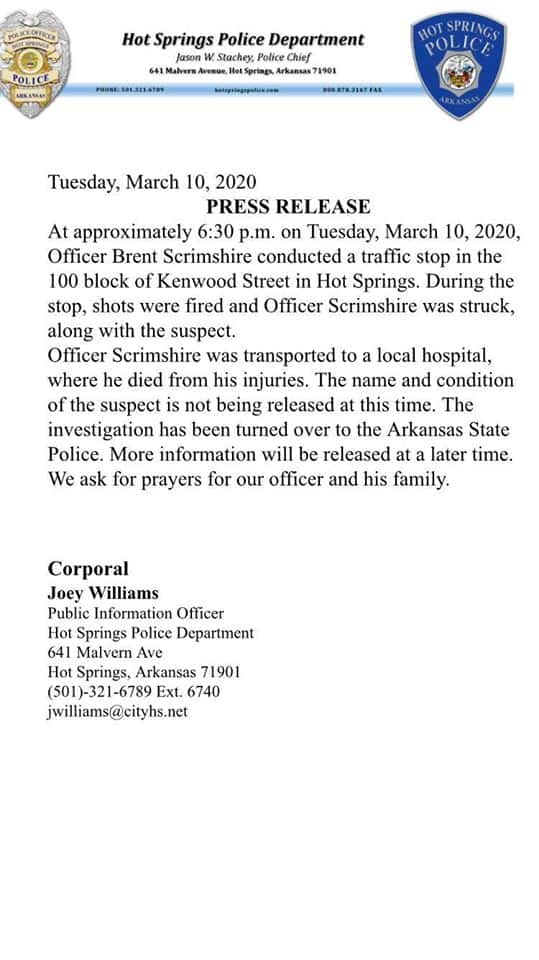