Jefferson County Coroner Chad Kelley identified the victim of today’s homicide as Courtney Cortez Lane, 29, of Pine Bluff. Lane was pronounced dead at the scene at 11:58 a.m. The cause of death was listed as multiple gunshot wounds. Kelley said the body would be sent to the State Medical Examiner’s Office Tuesday for an autopsy.

Another victim, believed but not confirmed to be Ced Perry was shot, injured and at a Little Rock hospital. 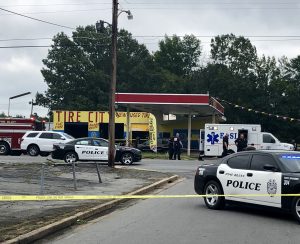