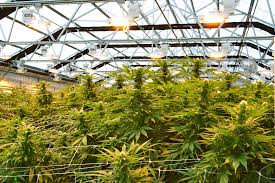 LITTLE ROCK, Ark. (AP) — Arkansas dispensaries sold about $28 million worth of medical marijuana in the first calendar year of legal sales in the state, according to a state agency.

More than 4,200 pounds (1905 kilograms) of marijuana was bought in the state this year, which accounts for more than $28.13 million in sales, the Arkansas Department of Finance and Administration reported.

State regulators expect the industry to take off more early next year as the two remaining growing facilities begin full operations and the remaining dispensaries open to the public, the Arkansas Democrat-Gazette reported.

As of Friday, 14 of 32 licensed retailers had opened. Two others in Texarkana received final approval to open in the coming days.

Marijuana commissioners have expressed frustration at how long it is taking the 32 dispensaries in the state to open since being licensed this year.

Green Springs Medical Dispensary, in Hot Springs, has been a consistent sales leader. As of Thursday, it had sold more than 1000 pounds (453 kilograms) of cannabis, the finance department reported. Following it was the Releaf Center, in Bentonville, which had sold about 502 pounds (227 kilograms) as of Thursday.

Dragan Vicentic, Green Springs’ owner, credited the dispensary’s success to being attentive to patients. The dispensary started selling one rotating marijuana product for $5 a gram (.04 ounces) about two months ago after Vicentic consistently heard patients complain that the drug was cheaper on the street.

“That’s why we’re No. 1, bro!” Vicentic said. “Just like Walmart, you’ve got a loss leader. This is just one of those things where we say we’re going to sell one item at cost. We just say we’re going to give back to the people that got us here.”

Some parts of the state are without a dispensary, including Little Rock. Both of the dispensaries in the capital city have said they expect to open early next year, but neither had requested final inspection from state regulators as of Friday, said finance department spokesman Scott Hardin.

Voters approved an amendment in 2016 to legalize medical marijuana.