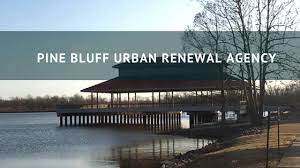 Pine Bluff Urban Renewal Agency met for their monthly meeting Tuesday evening at the Reynolds Center where they discussed several topics including the approval of bidding out demolitions and the purchase of more downtown properties.

Maurice Taggart the Executive Director of URA introduced the idea of outsourcing demolitions and explained why that would be beneficial to the agency,

In response to this, the board approved the request to bid out demolitions, as board member Lloyd Franklin, Sr. motioned that they move forward, “using the outsourcing to help to get more demolition work done”.

Taggart also discucced the request to purchase certain properties and related items which included four downtown properties. Taggart explained why the board approved and the agencies plans moving forward,

The board also discussed topics that are still in progress including private details involving the potential movie theater and Taggart also announced in his Executive Report that they are booked with demolitions until October 26th of this year with the eminent domain of seven properties.