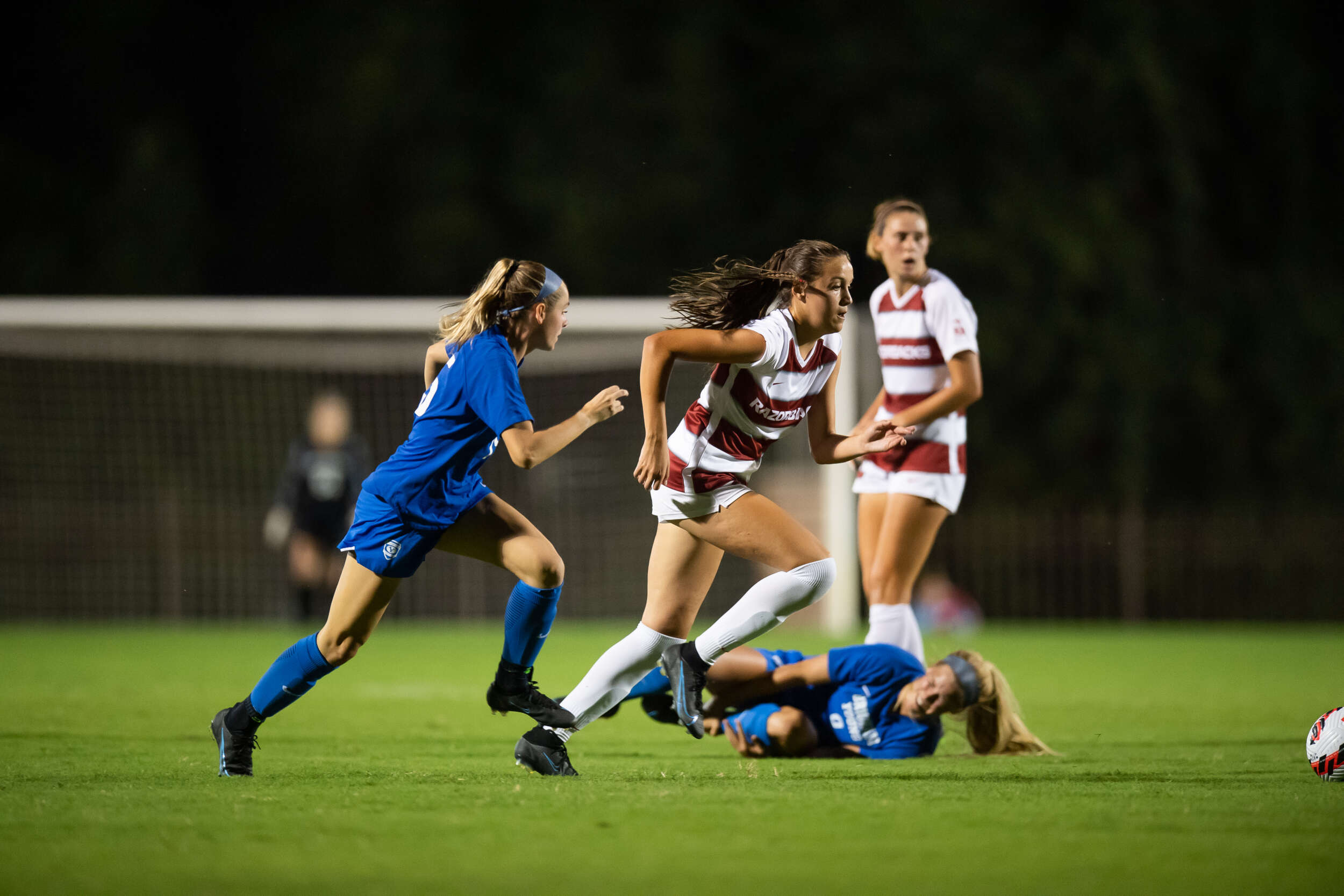 SEC Offensive Player of the Week – Auburn midfielder Anna Haddock, a sophomore from Bowling Green, Ky., turned in her second brace of the year in the SEC opener against Georgia. She got the scoring started by finding the back of the net less than 10 minutes into the contest, ultimately proving to be her fourth game-winning goal of the season. After lightning delayed the start of the second half, she came out less than five minutes into the restart and doubled the Tigers’ lead. Haddock has registered a point in seven of eight games this season.

SEC Defensive Player of the Week – Arkansas defender Bryana Hunter, a senior from Pflugerville, Texas, played a combined 180 minutes and led the defensive unit in Arkansas’ victories over No. 13 Tennessee and UT Martin. Put on defensive and offensive pressure, helping the Hogs give Tennessee its first loss of the season. Helped the back line allow only two shots in the match versus UT Martin.

SEC Freshman of the Week – Arkansas forward Sophia Aragon, a freshman from Escondido, Calif., had three SOG versus No. 13 Tennessee which bested her previous season and career high of two. Aragon’s shots put pressure on the Vols, allowing Arkansas to pick up the upset win and extend its winning streak to six matches.