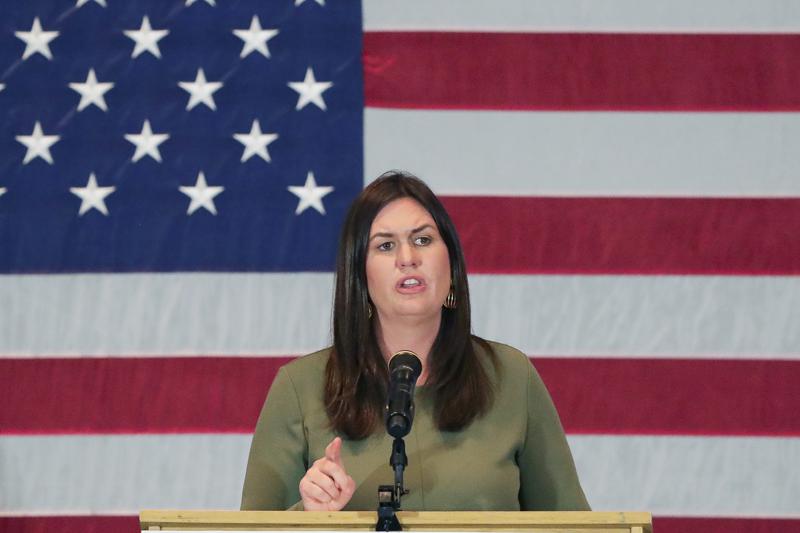 Sanders’ campaign said the latest figures over the past three months mean she has raised $9 million total since launching her bid in January for the state’s top office. Sanders is running against Attorney General Leslie Rutledge for the Republican Party’s nomination.

The majority of Sanders’ contributions so far have come from out of state, while more than $3 million has come from nearly 9,000 Arkansas donors, her campaign said.

“It’s clear Arkansans want a leader who will defend our freedom and stand up to the radical left, grow our economy and create jobs, and increase access to quality education and opportunity for a brighter, more prosperous future,” she said in a statement.

Four Democrats are also running for governor in the predominantly Republican state. One of the Democratic hopefuls, Chris Jones, last month said he raised more than $575,000 in the two weeks after he launched his campaign with a video that gained national attention.

The candidates are running to succeed Republican Gov. Asa Hutchinson, who is barred by term limits from seeking reelection next year.

Sanders left the White House as former President Donald Trump’s chief spokeswoman in 2019. She launched her bid for governor in January with an online video that prominently featured the former president and echoed his rhetoric, promising to fight the “radical left” in the solidly red state.