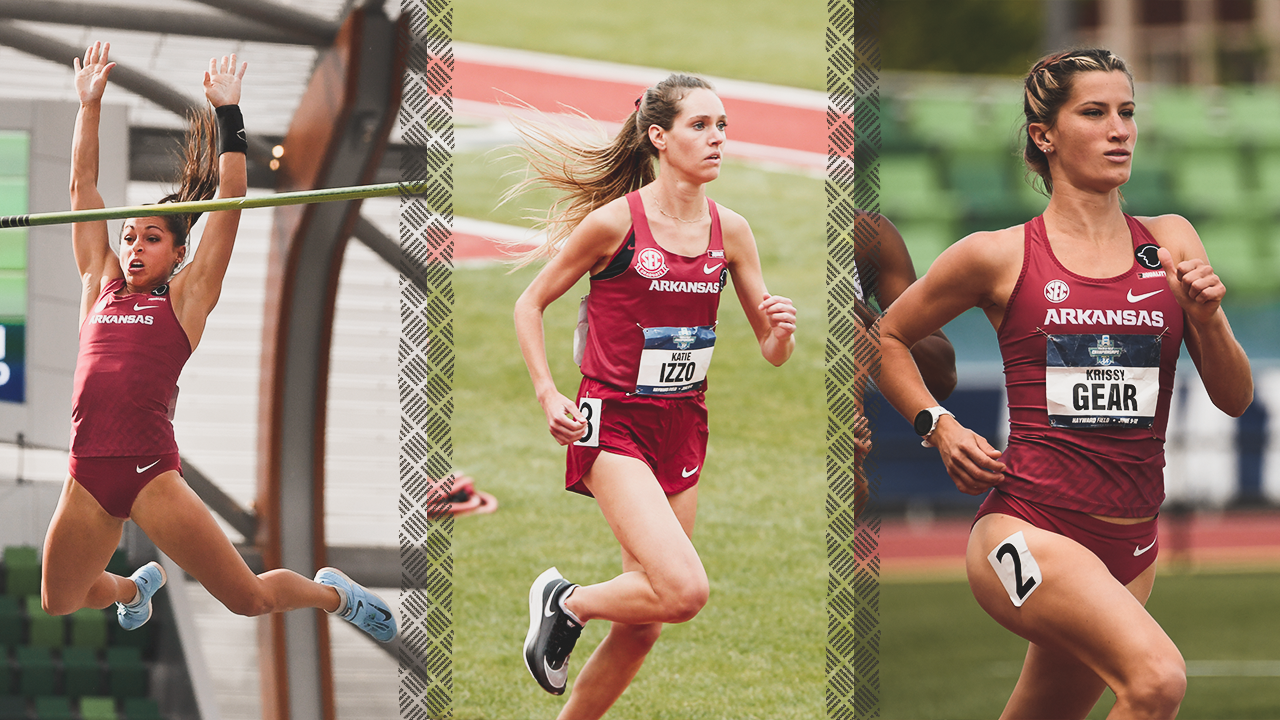 Martinez was a silver medalist in the pole vault while Izzo finished fourth in the 10,000m and Gear placed fifth in the 1,500m. Athletes finishing among the top 8 in each event earned first-team status.

Among the 10 second-team accolades, for placing ninth to 16th in the NCAA meet, were a pair of Razorbacks who earned the honor twice – Jada Baylark and Shafiqua Maloney. Also receiving second-team honors were Morgan Burks-Magee, G’Auna Edwards, Daszay Freeman, Mackenzie Hayward, Bailee McCorkle, and Paris Peoples.