A deciding vote was cast on Monday by Pine Bluff Mayor Shirley Washington allowing the city to seek a loan of up to $4.3 million.  This loan will  finance the construction and installation of improvements to the aquatic center that is currently under construction.

During a meeting of the Pine Bluff City Council, the vote occurred and was followed by complaints from Aldermen Bruce Lockett and Steven Mays, along with Alderwoman Thelma Walker.  They stated that they didn’t have enough information on the issue to cast a vote.

Lockett said he understood that there were other funding sources for the center.  The first would come from the 2011 sales tax increase.  The second would come from a portion of franchise fees and finally money from the five-eighths cent Go Forward Pine Bluff sales tax approved in 2017. 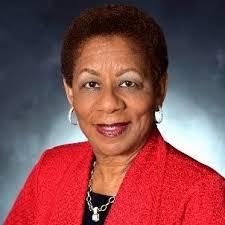 He said that CDI, the company building the aquatic center, had set a firm price of $11.5 million, and “there was never a clear understanding that we were short $4 million.”

Washington said that the initial $4 million for the center came from tax funds that were to be used for the center, but the amount collected would never have been enough to pay for a multi-purpose center and an aquatic center.  This resulted in a decision being made to increase the size of the aquatic center and add more features.

Another $4 million for the center will come from the 2017 Go Forward sales tax over a two-year period, and Washington said the proposed loan, which would require the sale of bonds, will give the city more than $8 million up front for projects, “enabling us to do more for the year with the money.”

Mays said he would not vote for a “promissory note that will be paid back by the tax payers of Pine Bluff.”

“We’re borrowing money out of the air, and I can’t get a clear vision of where we’re going with this money,” Mays said.  “I will not support putting this on the back of tax payers.”

“I concur,” Walker said.  “You’re throwing this at us without knowledge of what’s going on.  That’s not the way to do business.”

Once that happens, the information would be brought back to the council, which would have to approve an ordinance setting out the terms of the sale, including interest rates.

“At this point we’re just seeking approval to borrow the money,” Washington said.

Voting in favor of the resolution in addition to Washington were Aldermen Bill Brumett, Glen Brown, Jr., Lloyd Holcomb, Jr. and Donald Hatchett.

In other business, the council approved an ordinance to close a portion of West 10th Avenue between Blake and Fig Streets but retained the right to use the former avenue as a public utility and drainage easement.

Also approved Monday were four resolutions which were added to the agenda before the meeting.  Included in the four was a resolution setting a millage rate of one mill for the firemen’s relief and pension fund, five mills on all real and personal property within the city and 4.6 tenth mills for the operation and maintenance of the library.

$5,000 bond was set Tuesday for a Little Rock man accused of trying to bring contraband into Tucker Prison