FORT SMITH, Ark. – Police are asking the public for help in finding a missing 22-year-old.

Evan Hawthorne, who is mentally impaired, was reported missing from the 2300 block of Ramsgate Way on August 8, Fort Smith Police say.

Hawthorne is 5’10” and was last seen wearing khaki pants, an olive green shirt and sandals.

Police say he reportedly left his residence earlier this morning and had not been seen since.

Fort Smith Police say Hawthorne has a mental disorder and could be dangerous. Police say do not approach, but to notify authorities if you seen him.

Anyone with information on the whereabouts of Evan Hawthorne or happens to see him, please call the Fort Smith Police Department at 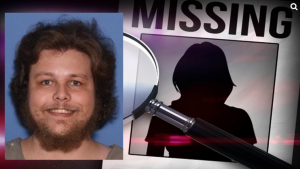