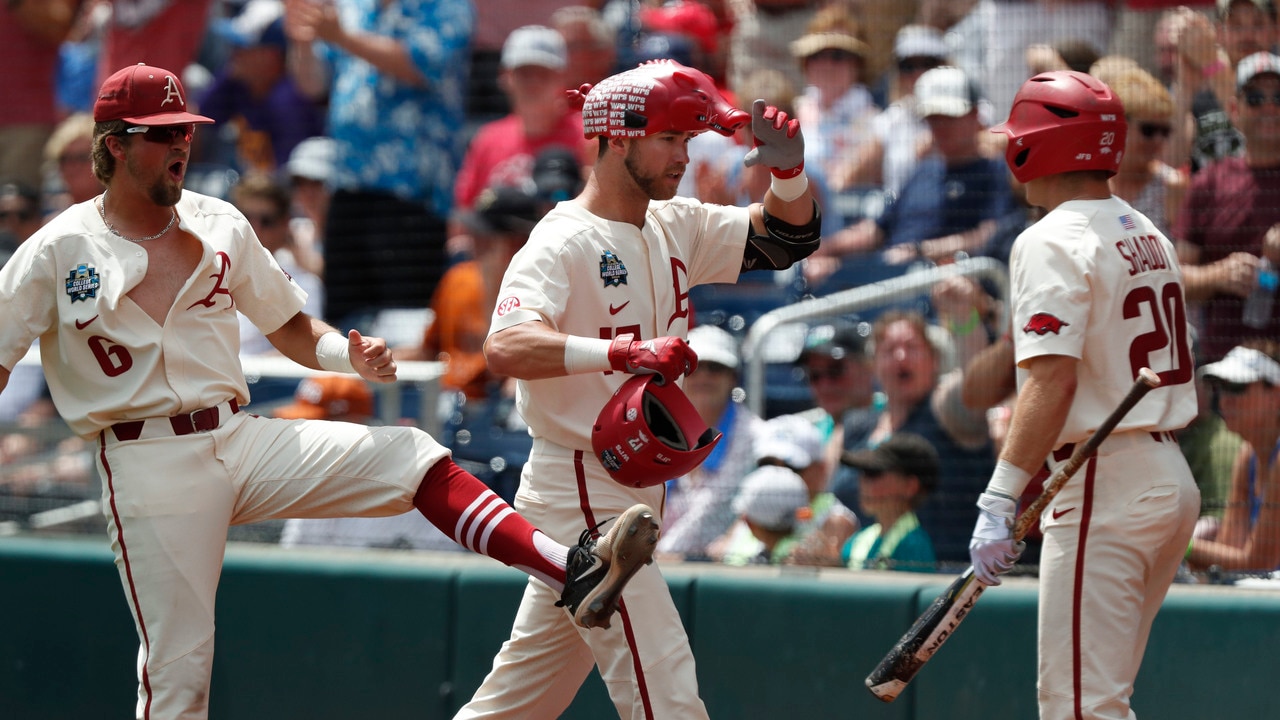 A solid performance from Conner Noland wasn’t enough as Arkansas fell to Ole Miss in an elimination game 2-0 yesterday in Omaha, Nebraska.

The Razorbacks were held to only four hits in the game and were shut out for the first time since February 27th when they lost to Stanford 5-0. Noland allowed just two runs on seven hits with seven strikeouts and no walks in eight innings of work tying his longest outing of his career. Cayden Wallace, Robert Moore, Chris Lanzilli, and Michael Turner each managed a hit in the loss.

Arkansas finishes the season with a 46-21 overall record.