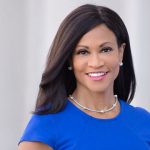 Courtesy of UAPB WordPress–  FOX16 News weekday anchor Donna Terrell has been selected to address graduates of the University of Arkansas at Pine Bluff (UAPB) as the keynote speaker for Fall 2019 commencement. Set for Friday, December 13 at 10 a.m., the free, public event will be held in the Pine Bluff Convention Center arena. Procession will begin at 9:45 a.m.

Seen on weekday evenings at 5:30 and 9 p.m., Terrell joined FOX16 in February of 2004. She arrived in Little Rock from Detroit, Michigan, where she served as Anchor for WKBD-TV and WWJ-TV. Before moving to Detroit, she worked at WKYC-TV in Cleveland, Ohio. She also held anchoring and reporting positions in South Bend, Indiana and Battle Creek, Michigan.

Throughout her broadcast career, Terrell has been honored with several awards. Most recently earning Regional Emmy Awards for her work as a News Anchor and for a Fox16 News promotional campaign, she also won the National American Legion Fourth Estate Award and an Associated Press Award for her special reports on Grieving a Child. She garnered two more Emmy Awards for her work bringing light to cosmetic surgery and breast cancer issues. Terrell has been nominated for numerous other Emmy Awards including a special report on a father who left his son in a hot car, a story on her daughter’s battle with colon cancer and Arkansas’ Little Rock 9. She also earned an Associated Press Award for her story on the controversial patients’ Right to Die. 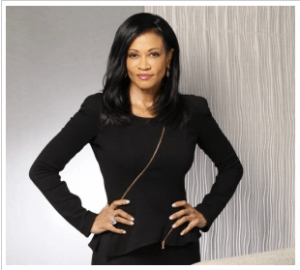 Terrell is fully committed to community service. She created ‘Donna Terrell’s Yoga Warriors Fighting Colon Cancer’, a 501(c)(3) non-profit organization that raises money for yoga classes for cancer survivors, patients, and caregivers. The organization also provides funds for liquid nutritional supplements for survivors of colon and other cancers currently in treatment and in need of financial assistance. Yoga Warriors is in memory of her daughter Queah (pronounced: Quaya), who died from colon cancer at a young age, but during her battle found health benefits from yoga. The organization has at least one free community-wide yoga fundraising event each year. In addition, Terrell is a current board member for Women and Children First, a domestic violence facility. She is a former board member for Susan G. Komen Breast Cancer Foundation and the Ronald McDonald House and has also served as an Ambassador for the American Cancer Society.

She enjoys being active and loves playing golf. On any given day you’ll find her once again trying to get her ball out of a sand trap. She equally loves her Russian Blue rescue cat named Vladimir. Look for Donna around Central Arkansas making various appearances at community events.