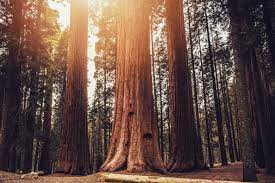 “It’s no secret that I’m passionate about conserving trees, particularly when it comes to national treasures like our Giant Sequoias,” Westerman said. “The fact that the federal government has sat on its hands and let wildfires burn hotter and stronger every year is a travesty, and now these fires are threatening to turn whole Sequoia groves into ash. I refuse to let ours be the generation that allows these trees to perish forever when they’ve already survived thousands upon thousands of years. We’ve traveled to the Sequoia groves and talked to the federal, state, tribal and local land managers who oversee them, and every person on the ground shared just how important it is for Congress to take swift, comprehensive action. The strong bipartisan support we’ve already received for the Save Our Sequoias Act is just the beginning. We have a responsibility to manage these iconic resources, protecting them from catastrophic wildfires and other natural disasters and allowing them to thrive. It’s not every day that you see such powerful support on both sides of the aisle for a bill here in D.C., and I’m proud to be leading this legislation alongside my California colleagues.”

“Nearly 20 percent of all Giant Sequoias have been destroyed due to catastrophic wildfires resulting from policies and regulations that discourage proper forest management,” McCarthy said. “Earlier this year, I led a bipartisan group of my colleagues to witness the devastation firsthand – which only reinforced the immediate need for action. The Save Our Sequoias Act will address this problem by providing emergency authorities and resources to better maintain and prioritize these natural wonders in need of urgent care. I thank Congressman Scott Peters and Ranking Member Bruce Westerman for their shared commitment to this matter. Our Giant Sequoias need our help now.”

“The giant sequoia is an iconic species that has provided cultural, environmental, and recreational benefits to humans for generations,” Peters said. “Poor land management and climate change are driving forces behind severe fires that threaten the survival of giant sequoias and the stability of the climate. In just two years, California wildfires contributed more to climate change than the state’s entire power sector. The bipartisan Save Our Sequoias Act charts a new path forward in federal forest and wildfire policy to combat climate change and ensure the giant sequoias stand safely in their natural habitat for years to come.”

“The magnificent Giant Sequoia tree has a strong and resilient history in California, they tell a story that goes back thousands of years,” Costa said. “They are among the oldest living things on the planet. Sadly, climate change, among other factors, are threatening and diminishing our long-standing redwood groves. Unless we take steps to improve forest management and reduce wildfire risk on federal public lands, we will watch the destruction of these ancient trees. I am proud to help lead this effort to preserve and protect the world’s hardiest trees for future generations to come.”

“Our giant sequoias are a national treasure, and here in the Central Valley we’re lucky enough to have them right in our own backyard,” Valadao said. “The Save our Sequoias Act includes real reforms to forest management and equips our federal land managers with the tools and resources they need to save these trees from the threat of wildfire. I’m proud to be a part of this bipartisan effort to save our sequoias for future generations.”

“I recently visited several groves of sequoias in California and saw just how colossal but also how fragile these magnificent trees are when subject to intense wildfires,” Panetta said. “In the past few years, we’ve lost 20 percent of the world’s giant sequoias due to the brutal wildfires in California. Fortunately, there are a few innocuous and simple steps that we can take to save these giants so that our descendants can also experience these miraculous and majestic trees. The bipartisan Save Our Sequoias Act allows the federal government the chance to play its part with necessary funding and administration to support safeguarding these iconic natural wonders.”

“I am pleased to join Leader McCarthy and my colleagues in introducing the Save Our Sequoias Act, which will restore active management by empowering land managers with critical tools to expeditiously carry out fuels reduction and reforestation projects,” McClintock said.