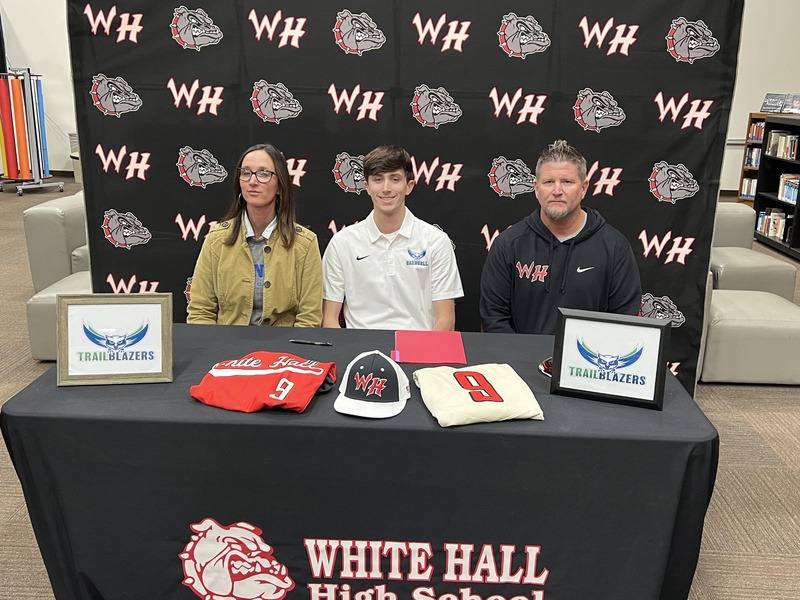 White Hall’s Cade Harp signed a National Letter of Intent Tuesday afternoon to play baseball for ASU-Mountain Home once his career for the Bulldogs has come to an end.

The Pitcher and Short Stop spoke with Deltaplex News about his decision and more.

With the way things are playing out with the transfer portal a lot of baseball players are electing to go to JUCO straight out of high school in order to get better playing time to potentially help themselves be recruiting by bigger schools at a later point in time. Harp said that did play a factor in his decision.

He also spoke about the top speeds of the various pitches he has in his arsenal.

Harp said he has some people to thank for helping him to get to where he is as a player.

He also gave his thoughts on what to expect out of the Bulldog baseball team in 2023.