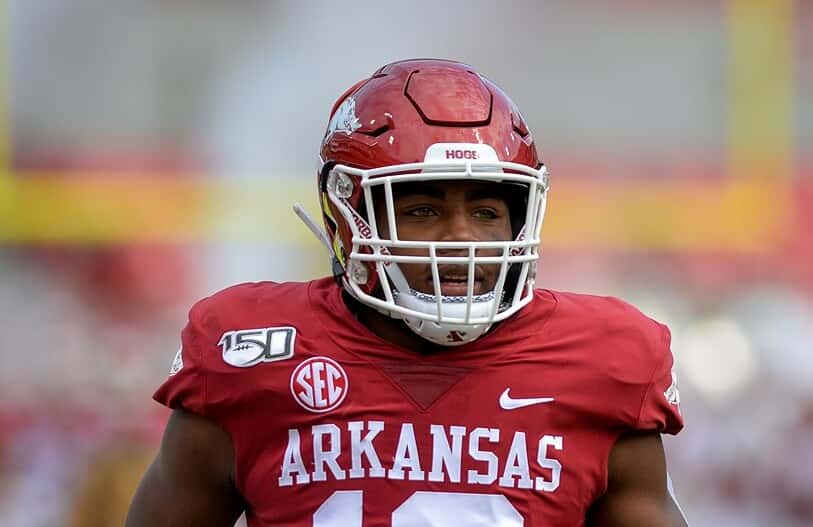 Warren's Treylon Burks has been drafted in the First Round of the 2022 NFL Draft. (Jimmy Jones Photo)

Burks had a stellar career at Arkansas, recording 146 receptions for 2,399 yards and 18 touchdowns, while adding an additional 222 yards and another touchdown running the ball. He ranks in the Top Six in University of Arkansas history despite only playing three seasons.

2021 was the best season on the books for Burks, where he was named first-team All-SEC after catching 66 passes for 1,104 yards and 11 touchdowns. This made him just the fourth player in UA history with a 1,000-yard season.

He had 10 games over the past two years with 100 or more receiving yards, which ranks him second in university history for 100-yard games.

The Titans traded WR A.J. Brown to the Philadelphia Eagles in order to take Burks. He has been compared to Brown by numerous NFL journalists.

The @Titans add a PLAYMAKER with the 18th pick 😤