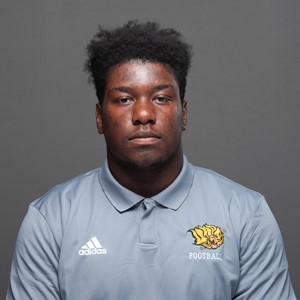 UAPB redshirt junior Tight End Rashaad Beecham has announced that he has entered the transfer portal after seeing limited playing time and touches during the 2021 season.

Beecham recorded one carry for 20 yards and three receptions for 18 yards for the Golden Lions in 2021. Defensively he recorded two tackles, to include one sack.

The Cibolo, Texas product announced his decision on Twitter.

“First off I would like to thank Coach Gamble and the entire UAPB coaching staff for giving me the opportunity to play Division 1 football,” said Beecham. “With that being said, after a talk with my family and friends I have decided to enter the NCAA transfer portal with 2 years of eligibility.”