Many of Seattle’s most famous artists are coming together to raise money for the COVID-19 relief effort.  Pearl Jam, Ben Gibbard, Dave Matthews, Brandi Carlile, Macklemore, Ciara and Russell Wilson, Sir Mix-A-Lot, Joel McHale, Allen Stone, Mary Lambert, the Black Tones, and more will perform a star-studded virtual concert for All In WA.

Backed by Amazon, the show is intended to raise $65 million for various nonprofits throughout Washington state. All In WA has already raised $20 million towards that goal, and Jeff Bezos has pledged to match individual donations under $1 million up to $25 million total.

The concert will broadcast on Amazon Music’s Twitch channel and local NBC affiliates KING 5 and KONG at 7PM on 6/10; a recording will be available on Amazon Prime after the initial airing. 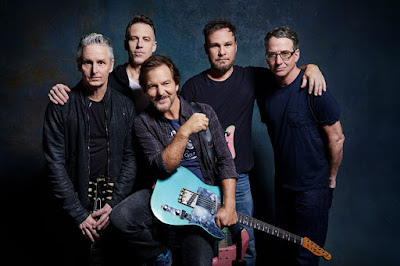 Via feedproxy.google.com
Pearl Jam, Dave Matthews and Brandi Carlile are among the acts confirmed to perform during…
05/28/2020 1:00 PM