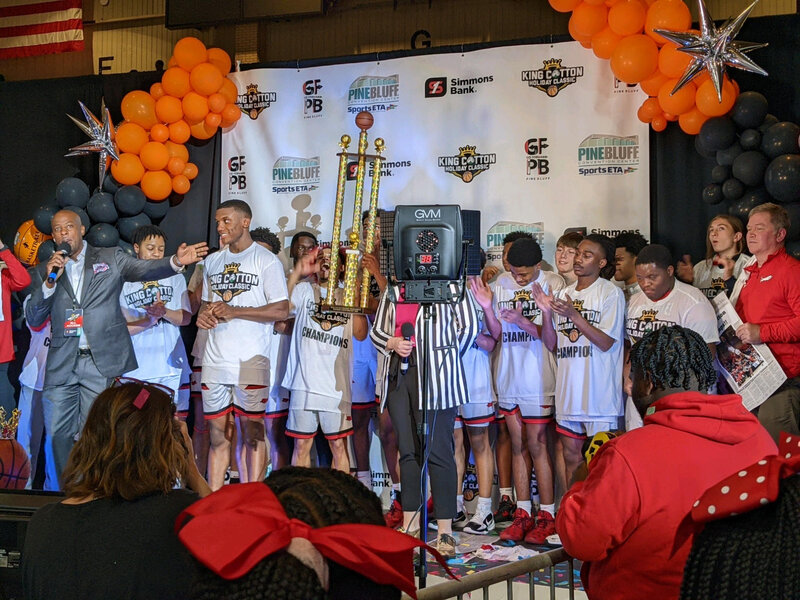 The Magnolia Panthers defeated the Parkview Patriots 67-58 Wednesday night to win the Creed Bracket in the 2021 King Cotton Holiday Classic.

The game was a back and forth battle between each team as the Panthers pulled away late on the shoulders of Arkansas Razorback signee Derrian Ford who led the way with a double – putting up 29 points, 14 rebounds, and 5 assists.

Jaylen Miller led Parkview with 17 points and a rebound, followed by Addison Shelton with 13 points, 2 rebounds and 1 steal, along with Nathaniel Cooley with 10 points, 7 assists, 1 rebound, and 1 steal.