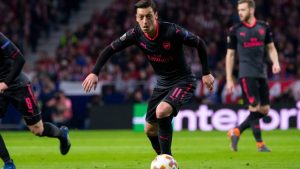 Gov. Asa Hutchinson on Monday (July 23) presented to hundreds of Arkansas farmers and ranchers a revised transformation plan for the state’s Department of Agriculture. Two years ago, the state farm lobby derailed similar legislation and this time Hutchinson delivered his plea in person.

The governor was Monday’s keynote speaker for the Arkansas Farm Bureau’s 70th officers and leaders conference. The event was held in Rogers.

Hutchinson said state government has ballooned over the years with 42 departments reporting directly to him. In comparison, he said the much larger federal government has just 15 direct department reports to the commander-in-chief

He assured the farm group the regulatory functions of Arkansas agriculture would not change with the proposed changes. He said agriculture organizations will continue to appoint members to designated boards and commissions. Earlier this year, Hutchinson appointed Mike Freeze, co-owner of Key Fish Farms, to the Pollution Control and Ecology Commission.

“The voice of agriculture is important to the state and I have heard your request for representation to this commission. Under this plan, the Secretary of Agriculture will also be an additional and permanent member of the state Pollution Control and Ecology Commission,” Hutchinson said.

He said there are no changes to special revenues – how they are collected or spent – related to agri. The issue of funding was a point of contention two years ago when the legislation, drafted late, was cumbersome and misunderstood, according to Rep. Dan Douglas, R-Bentonville.

Hutchinson did ask for the farmers’ support for one proposal which changes the chain of command for all employees of the Plant Board, Livestock and Poultry Commission and Forestry Commission. His proposal would have all employees reporting to the Arkansas Secretary of Agriculture. He said the Secretary reports directly to the governor. He said aligning the three groups under the Secretary creates a clean chain of command that can best serve the state’s agriculture interests.

Douglas told Talk Business & Politics he supports streamlining the reporting under the Secretary of Agriculture.

Hutchinson said his transformation proposals will be taken up by the state legislature this fall and he needs Farm Bureau support on this plan.

“It’s critical to have the support of Farm Bureau on agriculture issues and I am hopeful this forum will allow for thorough discussion so they can get behind the need to streamline the state government,” Hutchinson told Talk Business & Politics.

He said agriculture is the state’s largest industry ringing up some $20 billion in annual revenues. He said there are roughly 43,000 farms around the state and most are family-owned. One in six jobs in Arkansas is tied to agriculture and the unemployment rate stands at 3.8%, lower than the national average.

Canada is the state’s largest trading partner buying Arkansas exports valued at more than $1.4 billion a year, according to the World Trade Center of Arkansas. Exports to Canada support roughly 66,600 Arkansas jobs. Arkansas exported $285 million of agricultural products to Canada in 2015, according to state officials. The majority of that ($63 million) was rice, but the poultry industry also trades with Canada totaling about $55 million for fertilized eggs ($21 million), fresh/frozen chicken ($18 million) and prepared chicken meat ($16 million).

That same year, Arkansas imported $73 million in goods from Canada which included: $15 million in alcoholic beverages, $8 million in prepared vegetables and nuts, $7 million in refined canola oil and $5 million in baked goods.

“Arkansas exports to Mexico have grown by 700% and are growing 3.6 times faster than exports to any other country in the world,” according to Melvin Torres, director of Western Hemisphere Trade at the World Trade Center of Arkansas.

About 85% of Arkansas rice is exported to Mexico and more than $1.5 billion a year is cross-border trade between Arkansas and Mexico which supports 42,000 Arkansas jobs, according to the Trade Center website.

“There are significant industries that we manage with Mexico,” Torres said. “For example, certain aircraft parts for companies are manufactured by Mexico for Arkansas companies. Arkansas companies use these parts in their manufactured products, then turn around and sell a more complete product to Mexico. This is a good example of what our symbiotic trade relationships look like.”

Hutchinson said Arkansas has a diversified economy and many industries rely on trade. He said an expansion plan at Bekaert Steel in Rogers has been put on hold since the steel tariffs have been imposed by China. He said tariffs could also hurt soybean exports and have a multiple year impact on the farms around the state.

“Arkansas needs trade not just with Mexico and Canada but also the European Union, the United Kingdom, China and elsewhere. Between 30-40% of the production in the state goes to exports. I understand the importance of exports on the Arkansas economy and I remind the President (Donald Trump) and his administration regularly,” Hutchinson said.

GET ‘BEYOND OUR FENCE ROWS’
Also at Monday’s general session, Arkansas Farm Bureau President Randy Veach, thanked the farmers and ranchers for making the journey to Rogers and leaving their farms to do so. He said many left chores undone, but they have made a commitment to lead and with many of the challenges facing agriculture today all hands on deck are needed.

“You have to take care of your farm, but sometimes we have to get out beyond our fence rows and become engaged in the policy that impacts our way of life, ability to earn a living and provide food, fiber and shelter not only to our nation, but the globe,” Veach said.

Tyler and Randi McDonald of Springhill in Lafayette County won the Arkansas Farm Bureau Young Farmers & Ranchers Achievement Award, which was announced at Monday’s opening session. Tyler McDonald, a fifth generation family farmer said he can’t imagine doing anything but farming. The couple was awarded $35,000 and will represent Arkansas Farm Bureau in New Orleans at the national event later this year.

The McDonalds operate 4 broiler houses for Pilgrim, have 20 purebred and 75 commercial cows and are partners with a family for an additional herd of 325 cows. The couple manages and markets a commercial pecan farm, operates a custom litter service and a Bermuda sprig operation