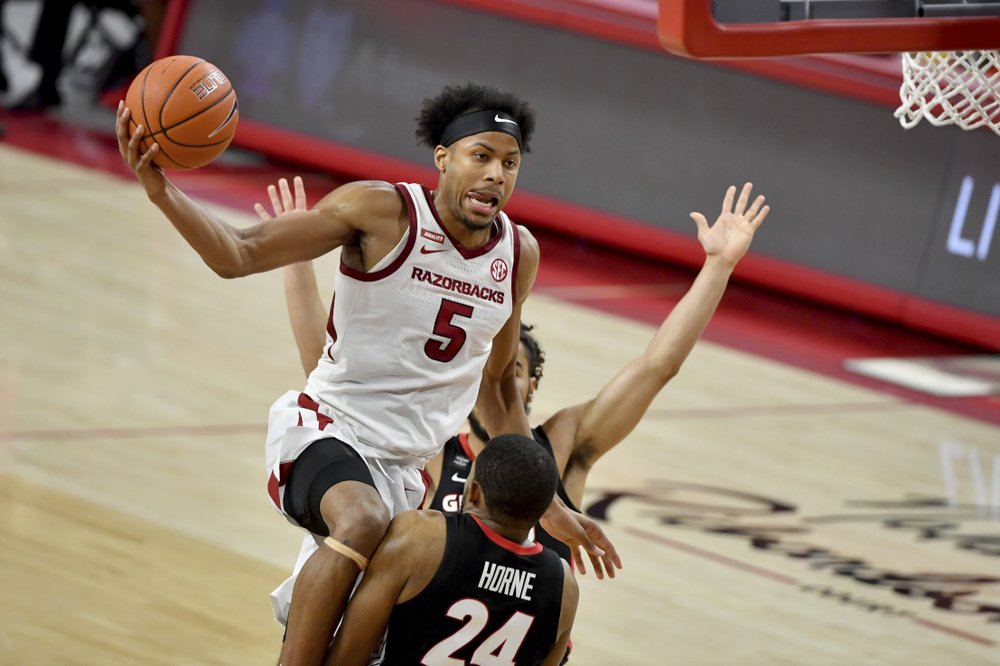 The Crimson Tide (10-3, 5-0 SEC) stands alone atop the league standings after an 85-65 win over Kentucky at Rupp Arena. It’s the first time Alabama has won its first five SEC games since 1987.

The Tide has averaged 88.3 points over the last three games, but the Razorbacks (10-3, 2-3) are averaging a league-best 87.2 points per game. They’re also two of the top three SEC teams in made 3-pointers. But Alabama will be without forward Jordan Bruner, who’s out indefinitely with a knee injury sustained against Kentucky. Point guard Jahvon Quinerly has missed the past three games for undisclosed reasons, and guard Herbert Jones sustained a hand injury in Tuesday night’s game. His status wasn’t immediately known.