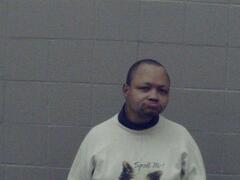 A Pine Bluff man was arrested Thursday after he allegedly grabbed the genitals of a juvenile.

Cedric Courtney, 44, will have to post a $50,000 bond to be released from the adult detention center after Pine Bluff District Judge John Kearney ruled Friday that prosecutors have probable cause to charge him with second-degree sexual assault.

Courtney was ordered to have no contact with the victim until the case is settled.