The wrestling world is in mourning this weekend with the passing of two of it’s stars.  Wrestlers Nikolai Volkoff and Brian Christopher both passed away over the weekend. Christopher, son of WWE legend Jerry Lawler, died on Sunday following an apparent suicide. WWE also announced the death of Hall of Famer Volkoff at the age of 70. Volkoff, whose real name Josip Nikolai Peruzovic, was inducted into the WWE Hall of Fame in 2005.  Christopher began wrestling in the late ’80s at age 16, and in 1997 he signed to WWE. Christopher, who went by the ring name Grandmaster Sexay, reportedly hung himself in his jail cell outside of Memphis. The 46-year-old had been jailed earlier this month for a DUI and evading police. 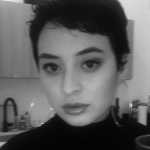 Via www.complex.com
Wrestlers Nikolai Volkoff and Brian Christopher have passed away over the weekend. Christopher,…
07/29/2018 4:08 PM

Soccer star thanks manager, teammates for support after forfeiting match over homophobic slur