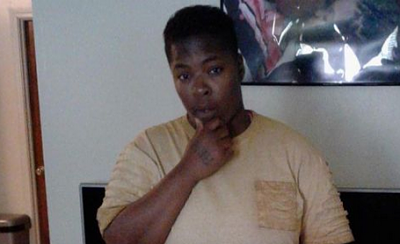 An adult woman found shot to death outside of a Chuck E. Cheese restaurant in Little Rock has been identified as 32 year old White Hall resident Christina Clay, police said.

Police were initially called to the restaurant about 8 p.m. Sunday on reports of a disturbance at the restaurant in North Little Rock, Sgt. Carmen Helton said. When the officers arrived, they found the woman dead outside, she said.

Marlon Marbley Jr., 21, from Little Rock surrendered to detectives at 12:30 p.m. Monday and was charged with capital murder.

When police arrived at the scene  they found Clay on the ground in front of the doors of the business. She had multiple gunshot wounds and was pronounced dead at the scene, according to the news release from North Little Rock Police.

Investigators found out that Clay had been attending a birthday party at the Chuck E. Cheese for her girlfriend’s 2-year-old son. During the party, Clay and Marbley, the father of the 2-year-old, got into an argument, the news release stated. Clay and several other individuals went outside to smoke and talk.

Marbley and another man exited the business and began an argument with Clay. During the disturbance, Marbley pulled out a black semi-automatic pistol and began to point it at Clay, according to the news release.

Marbley’s family and friends who were outside began pushing Marbley in an attempt to get him to leave the area. He refused and ran towards Clay as she was walking back inside the business, according to the news release. Once Marbley was within a few feet of Clay, he began to shoot, striking her multiple times. Marbley then fled the area in his vehicle.