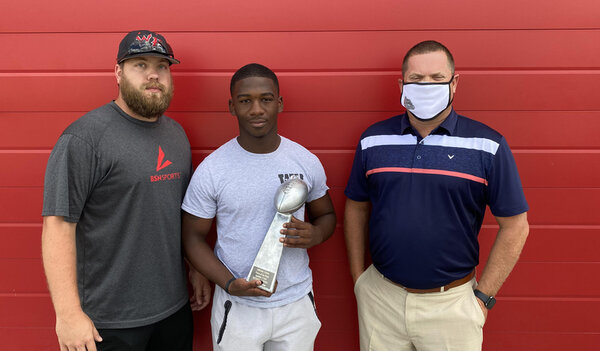 He spoke about what it means to him to be selected as Player of the Week.

He also gave his thoughts on how he feels the Bulldog’s season will go this year.

White Hall will face Class 3A Drew Central at home this week. Kickoff is slated for 7 p.m. You can listen to the Pine Bluff Parks & Rec Pregame Show at 6:40 p.m. followed by the Saracen Casino & Resort broadcast of White Hall Bulldog football at 7 p.m. on 98.1 The Hog FM.