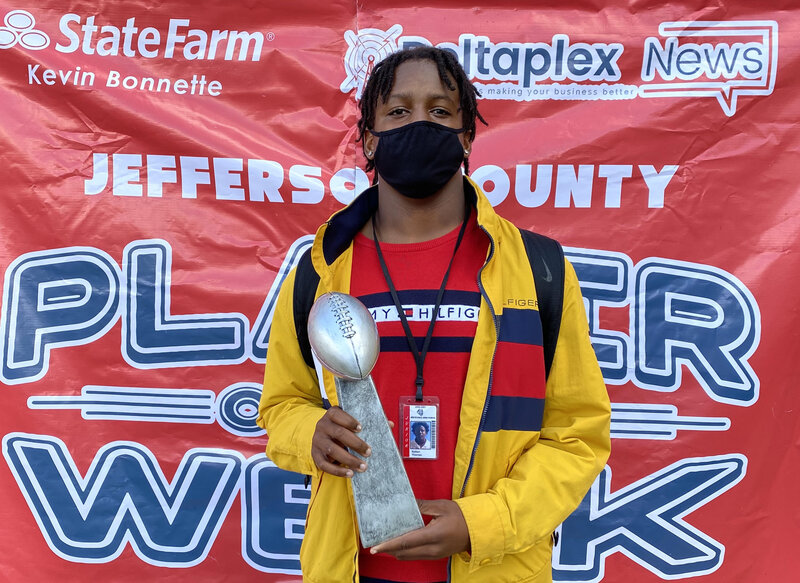 Thomas spoke about being named Player of the Week.

“I just want to thank God for this opportunity,” said Thomas. “Second of all, I’d like to thank my coaches. They push me to be a better player. I’m just thankful for this.”

Thomas said he feels like his team is about to turn another corner on the football field.

“We’ve been practicing hard and I know it is all about to pay off for us,” said Thomas. “I think we can go out and compete for a state title.”