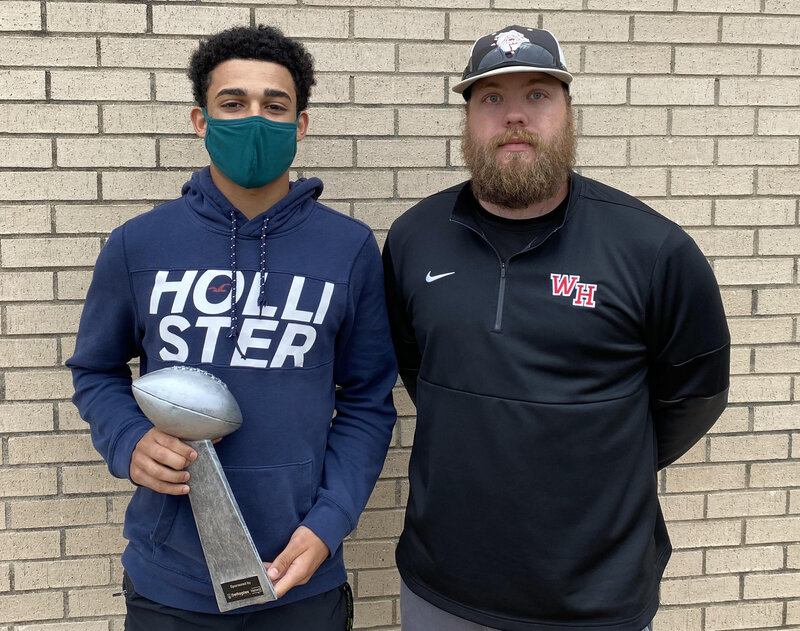 The Southeast Missouri State commit was involved with numerous big plays for the Bulldogs Friday night, to include a five-yard pick six for the Bulldog’s first points of the ball game.

Robinson gave his thoughts on being named Player of the Week.

“It’s a big honor because it means you are one of the best players to play that week,” said Robinson. “It is always good to come out and show out, so it is a pretty big thing to me.”

He spoke about his pick six, which occurred when a Maumelle receiver fell to the ground. Robinson fell as well but was sitting on the receiver’s back when he caught the ball.

“It was crazy,” said Robinson. “I knew I had caught the ball and knew I hadn’t hit the ground yet, so I just rolled over him and just scored.”

“I feel like we have really become more disciplined as a team,” said Robinson. “We have become more hard working as a team. I really feel like that had been our problem and I feel like it has made a big difference in the past two years that he has been with us.”

The Bulldogs are on their way to the playoffs for the second year that Bobby Bolding has been head coach, and Robinson said that it means a lot to him to have that opportunity.

As noted, Robinson is committed to SEMO, but other schools are beginning to come along and show some more interest.

He also gave his thoughts on what he feels the Bulldogs are capable of as they prepare to head into the playoffs.