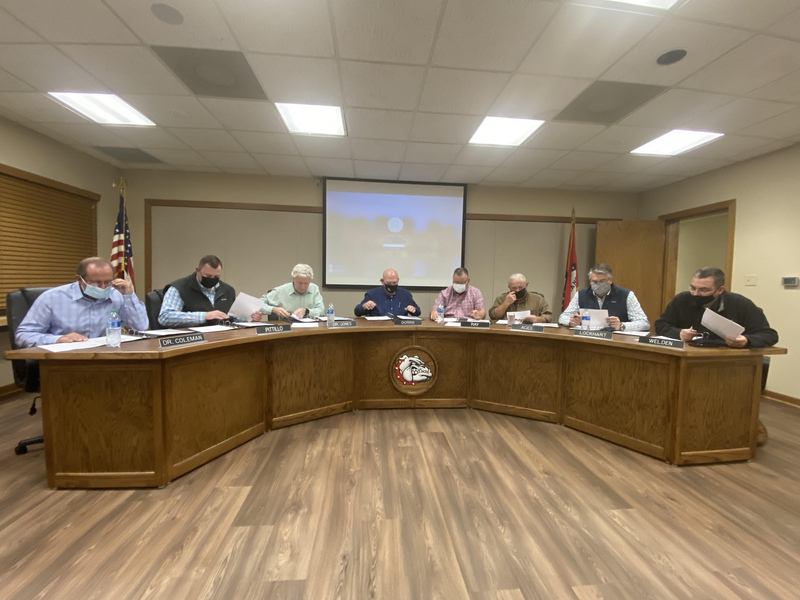 The White Hall School Board voted unanimously Tuesday night to expand to an eight period day for grades 6-12 starting in the 2022-23 school year.

School days will begin at 8:30 a.m. before being dismissed at 3:35 p.m. with the new decision. Class periods will be shortened to accommodate for the additional period, which will be utilized for further instruction, or advanced instruction for students.

The board also voted to not require students to quarantine if they are not showing symptoms of COVID-19 following a suggestion from Governor Asa Hutchinson. Hutchinson’s suggestion states that schools no longer have to do contact tracing, but White Hall will continue to with the policy.

Additionally, students will not be required to wear a mask beginning Monday, February 14.

In other news the board voted to combine 7th-9th grade dance and cheer into one team. This will allow the teams to become competitive teams for Saturday events, in addition to allowing the cheer and dance teams to attend sporting events during the year.

Approval was also granted to rehabilitate the high school gym floor following a flood inside the gymnasium that has damaged the playing surface. Insurance will pay for $16,000 worth of repairs, leaving the district with a $33,000 bill following the resurfacing of the floor.

The district will also receive a new marquee outside of the north end zone of Bulldog Stadium. Simmons Bank will pay $47,453 to cover costs of the new 5-foot by 20-foot LED marquee in return for a 10-year advertising agreement with the district for sporting events, a dedicated parking space, and a small allotment of tickets. The district will be responsible for paying for electricity for the marquee.

White Hall Defensive Coordinator Blake Johnson was recently named the new head football coach at Hamburg. Following an executive session it was announced that the district will release Johnson from his contract effective Friday, February 11 so he can begin work in the Hamburg district on Monday, February 14.