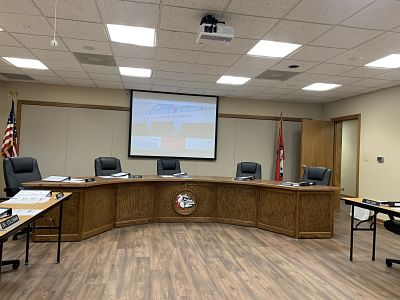 Betty Cook, Director of the Arkansas Retired Teacher Associations area five, gave the first of two presentations. The association awards scholarship grants to teachers in public schools who are continuing their education. Three thousand dollars was awarded to Molly Stanford, who is pursuing her Ph.D. in family and consumer sciences. Cook explained that the association plans to award 12 scholarships in the 2021-2022 academic year.

Next, an agreement between the White Hall School District and Pinnacle Pointe to provide behavioral health services to students was discussed. The agreement provide ones full-time on-site professional and three caseworkers at no charge to the district. The board unanimously approved the agreement.

The board considered and approved the Federal Programs Assurances for the Elementary and Secondary Education Act of 1965 (ESEA). Dorris described ESEA as “…the Arkansas Department of Education [has] assured they will be attending to all of our needs for elementary students and as well as secondary” students.

Dorris also discussed the APR ESSER Plan Approval which is due by August 14. This plan describes how funds will be dispersed throughout the district. Included was updated HVAC systems, automatic utilities on-campus sites district-wide, and employee/student vaccine incentives.

Mask guidelines for teachers and students during the upcoming school year is a major topic of most school districts right now. Dorris recommended the district require a mask for 60 days, until October. The White Hall School Board approved this proposal.

This proposal is a change from the superintendent’s original plan, based on recommendations and addresses from different entities, including  Arkansas Department of Education.

The original plan will take effect in October if safe numbers are sustained.

Finally, the board approved bids to add school walkway canopies to elementary school campuses. This will protect students loading and unloading from busses on on rainy or severe weather days.

The next meeting of the White Hall School Board is scheduled for September 14 at 6:30pm.