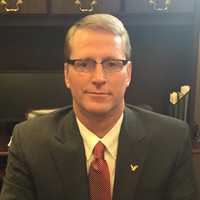 The White Hall School Board voted to hire Gary Williams as Superintendent in a special called meeting Friday evening.

Williams currently serves as Superintendent at the Crossett School District, and will replace Superintendent Doug Dorris, who is retiring at the end of the school year.

White Hall School Board President Dr. Raymond Jones said that they received applications from several candidates for the job.

Jones said that at the end the board narrowed the search down to seven candidates for the job.

White Hall School Board Vice President Scott Ray said it was important to get a Superintendent hired because there are other jobs that need to be filled.

A new football coach will have to be hired, but the position of athletic director is still up in the air according to Ray.

Jones said that Williams will be involved with the hiring of a new football coach, and possibly a new athletic director.

Williams has stated during his time at Crossett that he is big on doing what it takes to keep students in class during the COVID pandemic due to a disconnect that can happen when students are forced to learn virtually. Ray said that has been a belief of the White Hall School District as well.