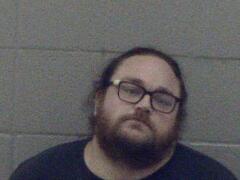 A reported domestic disturbance at a house on Highway 104 last week resulted in the arrest of a White Hall man who allegedly injured his elderly father.

Reading from a probable cause affidavit from Sheriff’s Lt. Kaylon McDaniel, Deputy Prosecutor Mircha King said deputies reported a domestic disturbance between a father and Johnson, his son.

Johnson was interviewed Monday and in a recorded statement admitted pushing his father and also admitted knowing about the prior injuries.

Pine Bluff District Judge John Kearney set a $2,500 bond for Johnson Wednesday after ruling prosecutors have probable cause to charge him with second-degree domestic battery.

He was ordered to have no contact with his father until the case is settled.