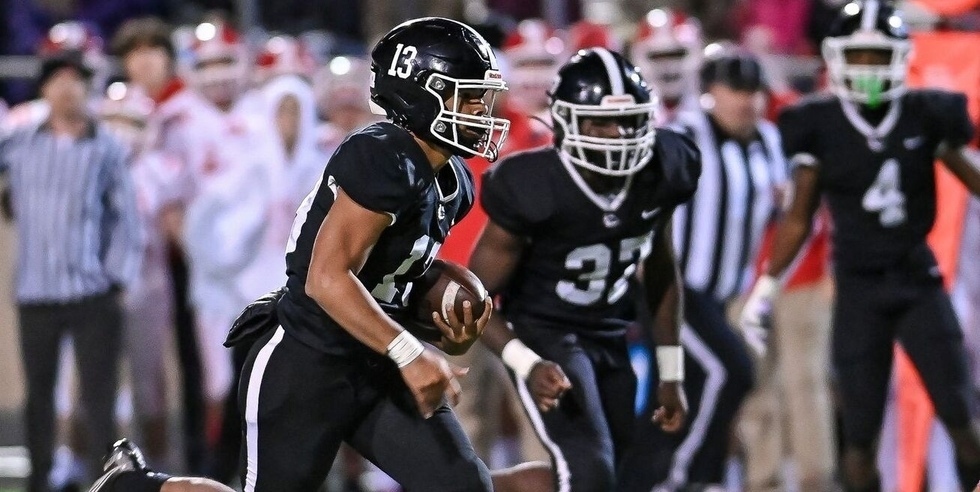 The White Hall Bulldogs are headed to the Class 5A state championship following a 24-14 come from behind victory over Little Rock Christian Friday night at Bulldog Stadium.

Following a fumble by the Bulldogs, White punched it in from 1-yard out with 1:59 left in the first quarter to put the Warriors up 14-0.

Coach Bobby Bolding said that the beginning of the game made him think of previous games against the Warriors.

The Bulldogs finally started to settle down on both sides of the football in the second half, and found pay dirt on a 19-yard pass from Matthew Martinez to Steven Weston with 1:16 left in the first half to make it 14-7.

The Bulldogs had a chance at a 39-yard field goal late in the first half, but the Warriors were able to block the kick.

Bolding said he challenged his team in the halftime locker room.

Answer the challenge they did, as the Bulldogs opened the third quarter with a 17 play drive that took 9:00 off of the clock that was capped off by a 1-yard plunge by Martinez with 3:00 left in the third quarter to tie the game at 14.

Bolding said a drive like that is demoralizing to a team.

The Bulldog defense held on the Warriors next drive, then drove the field again scoring on a 4-yard run by Ziare Greene with 11:21 remaining in the game to go up 21-14.

Kyler Barnes added security with a 20-yard field goal with 3:18 remaining in the game to put the Bulldogs up 24-14.

A late interception by Braylon Johnson helped to seal the deal for the Bulldogs, who will now move the Class 5A state championship game against Pulaski Academy at 7 p.m. Friday, December 3.

Bolding said he is happy that his team will be able to experience what it is like to play for a state title.