WEEVILS DOWN REDDIES IN OVERTIME

WEEVILS DOWN REDDIES IN OVERTIME 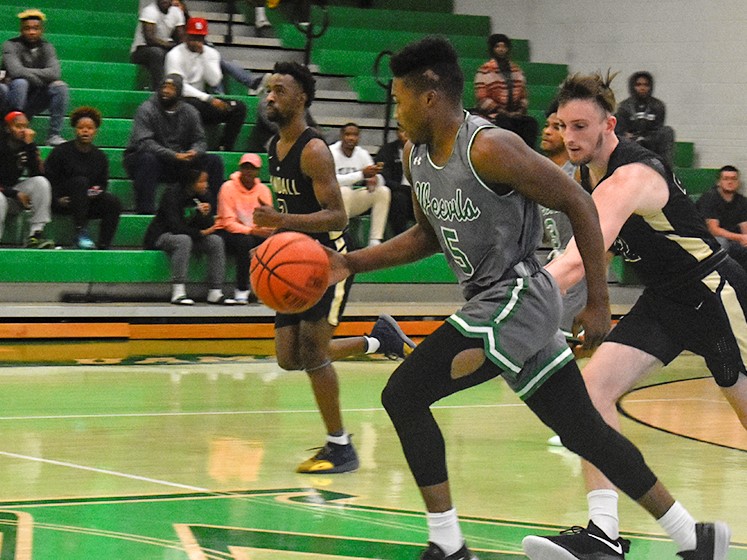 A stout defensive performance in overtime lead the Arkansas-Monticello Boll Weevils past Henderson State yesterday 82-76 in Arkadelphia. The Reddies would only manage to go 2-of-8 from the field in OT, while the Weevils knocked down eight free throws to seal the deal.

Both teams started the game hot, shooting above 55% from the field. Monticello trailed by as many as six points in the opening 9 minutes of the game, but would fight back to take a 44-41 lead heading into halftime.

The Reddies would trail for most of the second half before tying the game on a 7-to-1 run with 2:39 remaining. The Weevils manage to regain a two point lead until a second chance Reddie lay-up ultimately sent the game into OT.

UAM would hold the Reddies to 2-of-8 from the field and make 8-of-12 from the stripe to secure the win.

Denzel McDuffey led five Weevils scoring in double-figures with 17 points and 9 boards. Kylar Haynes and Miles Daniels each scored 15 in the win. DaJuan Jones and Lemmie Howard chipped in 14 and 11, respectively.