Featured on Logic’s recently released album ‘Confessions of a Dangerous Mind’, the video for ‘Homicide’ begins with Def Jam Records CEO Paul Rosenberg informing Logic that Em won’t be appearing in the video. Instead, Logic is persuaded to shoot an alternate video where Chauncey Leopardi plays him, and comedian Chris D’Elia stars as Eminem.

Take a look at “Homicide” at the link: here. 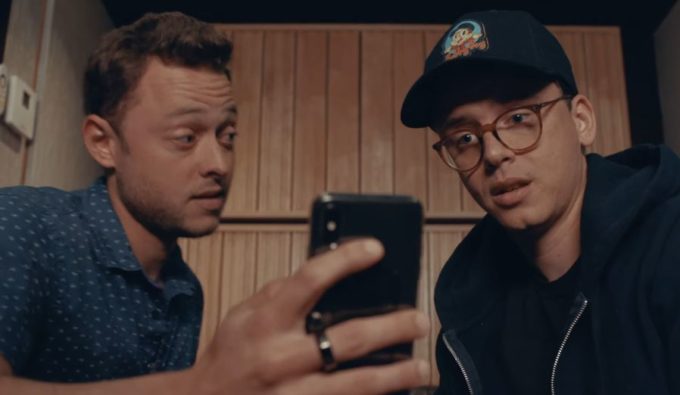