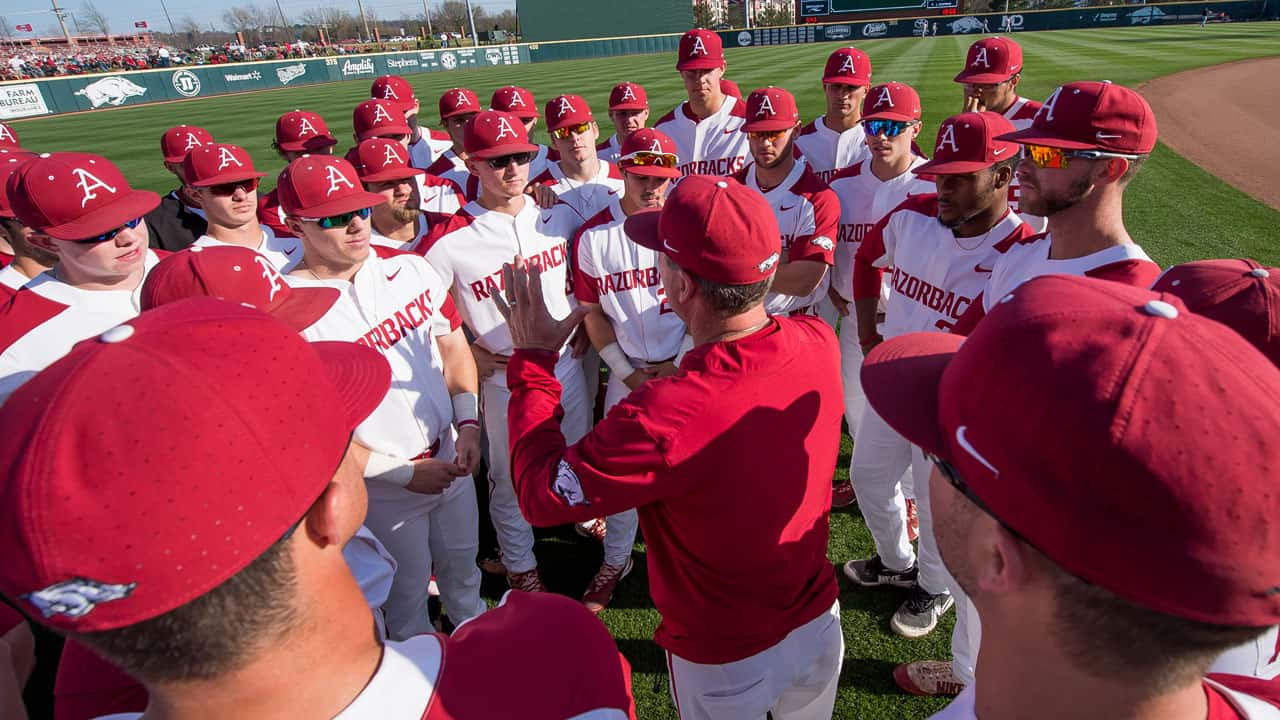 FAYETTEVILLE, Ark. – Arkansas baseball will start the season at No. 5 in the USA Today Coaches preseason rankings, making it five top-15 marks so far heading into the 2020 campaign.

It marks the second time in three years the Razorbacks have received a top-10 ranking from the outlet, beginning the 2018 season in sixth. Last year, the coaches poll put Arkansas at 12th in its first set of rankings.

Offensively, the Razorbacks return plenty of firepower, including last year’s top hitter in Matt Goodheart, who finished with a .345 batting average as the team’s designated hitter. Along with Goodheart, the Hogs bring back two of the top bats in the nation in juniors and preseason All-Americans Heston Kjerstad and Casey Martin. Kjerstad hit .325 or higher in each of his first two seasons, matching his hit total (87) from 2018, while driving in another 51 RBIs to go with 17 home runs. As for Martin, he hit more home runs (15) and had more RBIs (57) than his freshman season, finishing with 81 hits overall last season.

How USA Gymnastics has changed since the Larry Nassar scandal