On Sunday, U.S. Sen. Marco Rubio of Florida made a surprise visit to Cucuta, Colombia — a town along the Venezuelan border — visiting centers where the humanitarian aid is being stored. The senator also sent a message to Venezuela’s military, which has so far stood by embattled president Nicolas Maduro and has blocked aid from entering the country.

Rubio spoke at the Simon Bolivar Bridge, which thousands of Venezuelans cross every day to flee Venezuela´s economic crisis or to buy essentials like food and medicine. He was accompanied by delegates sent by Venezuela´s self-proclaimed interim president Juan Guaido, Florida congressman Mario Diaz-Balart, U.S. Agency for International Development administrator Mark Green and U.S. Ambassador to the Organization of American States Carlos Trujillo. 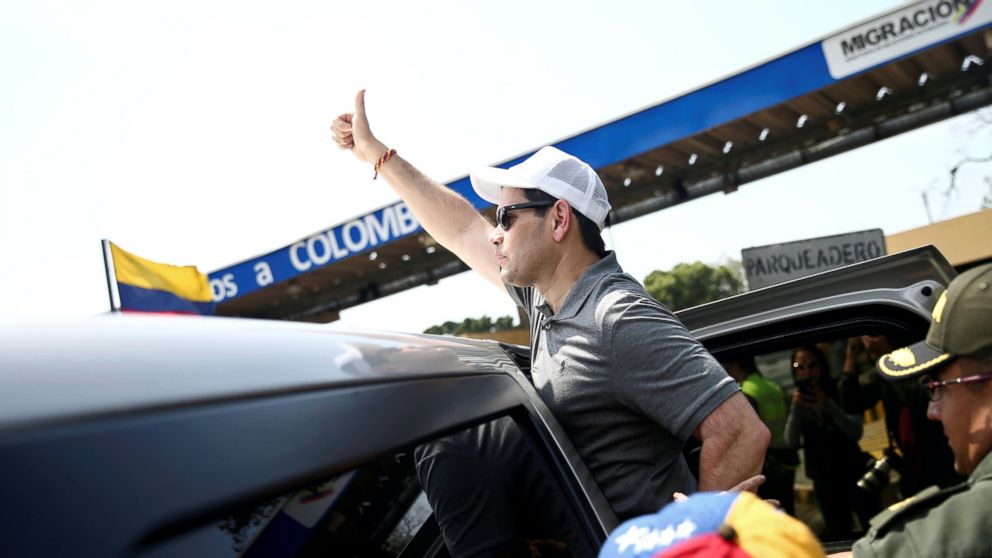 Via abcnews.go.com
The senator spoke out against Venezuelan President Nicolas Maduro.
02/18/2019 2:30 PM