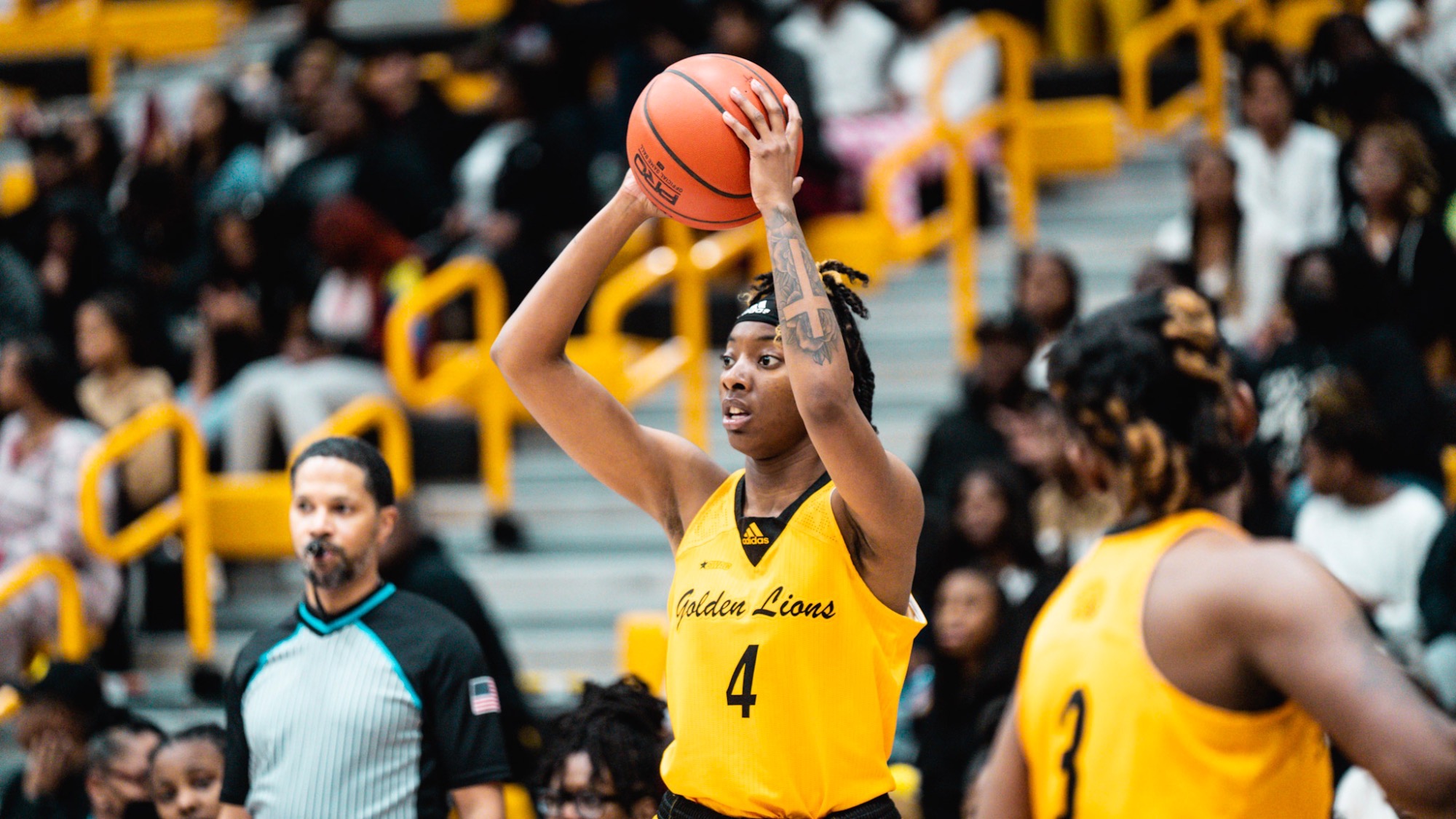 PINE BLUFF, AR —The University of Arkansas at Pine Bluff women’s basketball team got a 22-point performance from the bench on the way to a 64-57 victory over the Grambling Lady Tigers at home Monday.

The Lady Lions had three players score in double figures, led by Coriah Beck, who had 17 points and seven rebounds. Demetria Shephard tacked on 12 points and Tia Morgan helped out with 10 points and two steals from the bench.

The UAPB defense was effective at taking away the basketball in Monday’s game, forcing 17 Grambling turnovers. Those takeaways turned into 16 points on the offensive end of the floor. Raziya Potter led the way individually for the Lady Lions with two steals.

After falling behind 4-3, UAPB went on a 7-0 run with 4:48 left in the first quarter, culminating in a bucket from Reese, to take a 10-4 lead. The Lady Lions then lost some of that lead, but still entered the quarter break with a 12-8 advantage. UAPB relied on its three-point shooting in the period, knocking down two shots to account for six of its 12 points.

UAPB kept its first quarter lead intact before going on a 7-0 run starting at the 6:51 mark in the second period to increase its lead to 25-14. The Lady Tigers cut into that lead, but the Lady Lions still enjoyed a 29-21 advantage heading into halftime. UAPB dominated in the paint, scoring 14 of its 17 points close to the basket.

UAPB continued to preserve its halftime lead before going on a 6-0 run to expand its lead further to 45-35 with 3:07 to go in the third. Before the conclusion of the third period, the Lady Tigers had cut into that lead somewhat, but the Lady Lions still entered the fourth quarter with a 49-40 edge. UAPB scored four fast break points in the quarter.

UAPB kept its lead intact before going on a 5-0 run, finished off by Maori Davenport’s layup, to grow the lead to 58-47 with 4:07 to go in the contest. The Lady Tigers narrowed the margin somewhat before the game was over, but the Lady Lions still cruised the rest of the way for the 64-57 win. UAPB got a boost from its bench in the period, with non-starters scoring five of its 15 total points.

» The Lady Lions held the Lady Tigers to only 33.9 percent shooting from the field.
» The Lady Lions never trailed after taking a 12-8 first quarter lead.
» The Lady Lions shared the ball well, recording an assist on 74 percent of made baskets.
» The UAPB bench came alive by scoring 22 points to its scoring output.
» UAPB had a 48-36 edge on the boards in the win.
» The UAPB defense forced 17 turnovers.
» UAPB cleaned up on the offensive glass, collecting 12 offensive boards in the game.
» Coriah Beck led the Lady Lions with a game-high 17 points.
» UAPB got nine rebounds from both Maori Davenport and Jelissa Reese.