UAPB Track & Field Off to Solid Start in 2019 at the Kansas St. Track Invitational

UAPB Track & Field Off to Solid Start in 2019 at the Kansas St. Track Invitational 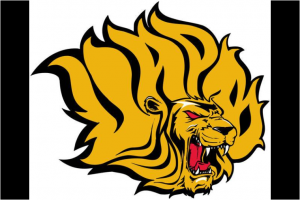 Manhattan, KS. – The University of Arkansas at Pine Bluff track and field team opened up 2019 with its second meet of the indoor season by participating in the Kansas St. Invitational at the Ahern Fieldhouse.

In the 4x400m relay, the Lady Lions (Katrina Small, Je-Risa Small, Arjai Johnson, and Camiya Knight) placed fifth with a time of 4:08.12.

In the field events, Safiya John placed second in the high jump with a leap 5’5.25″.  Keziann Jones finished in the top sixth with a distance of 51’2.25.

On the men’s side, UAPB claimed the top honor in the 4x400m relay (Malique Smith, Akeem Marshall, Laural Heath, and Rodney Griffin) finished with a time of 3:21.55.

Laural Heath turned in the Golden Lions other podium finish after he finished third in the 1mile run with a 4:22.48 clocking.

Senior Shevon Phipps made an impressive showing in the field events, placing second in the high jump with a leap of 6’4.75 and freshman Franklyn Stanislaus in third with a jump of 6’0.75.  Phipps, also topped out 43’5.75 in third place in the triple jump.

Miles Dortch a Kansas native finished in the top 5 with a throw of 49’5.75″ in the weight throw competition.

The Golden Lions will return to action next Saturday, Jan. 25-26, at the Pittsburg State Invitational in Pittsburg, KS.