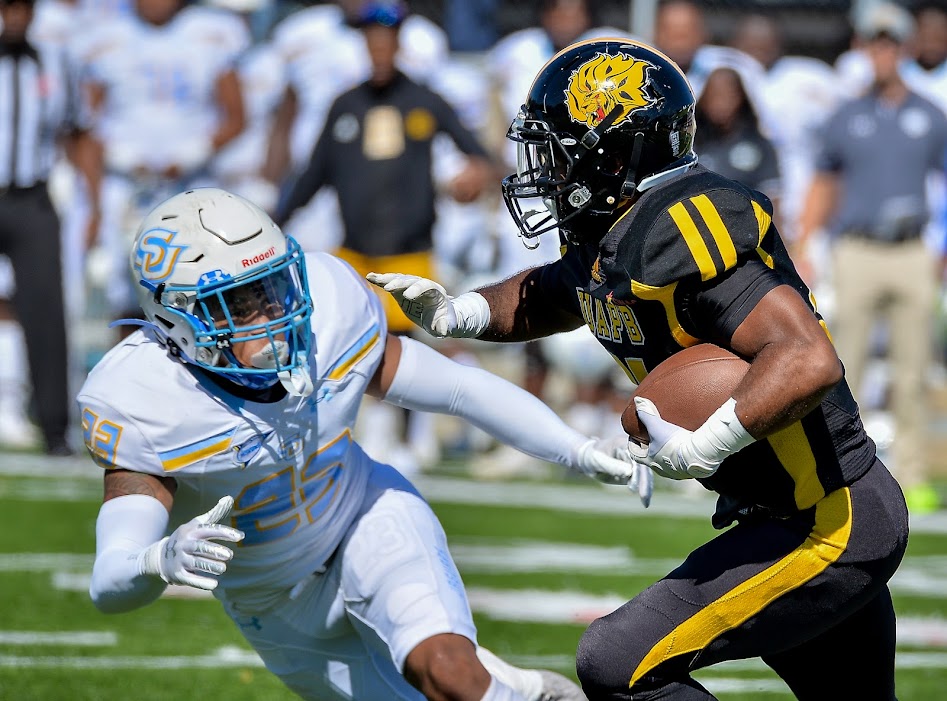 The UAPB Golden Lions suffered a 34-7 loss to Southern on homecoming day, also giving up a SWAC single game rushing record to freshman running back Kobe Dillion, who ran for 268 yards and three touchdowns on just 14 carries. That record was previously held by Southern’s Lenard Tillary, who ran for 245 yards in a single game in 2016.

Dillion scored on his first carry of the game with 13:46 remaining in the first quarter after Pine Bluff’s Xzavier Vaughn threw an interception on the game’s opening possession on a 40-yard run. He would find pay dirt again on a 45-yard run with 10:45 remaining until halftime.

Things went from bad to worse as the Golden Lions muffed the ensuing kickoff which led to a Southern recovery. Ladarius Skelton connected with Jamar Washington on an 11-yard pass just a couple of plays later to put Southern up 21-0.

After the Golden Lions kicked the ball off in the second half Dillion struck again, this time on a 75-yard run on the first play from scrimmage in the third quarter.

Southern’s final points of the day came on 25 and 37-yard field goals, respectively, from Luke Jackson.

The Golden Lions were able to score on a 13-yard quarterback keeper by Vaughn with 1:54 remaining in the game. UAPB attempted an onside kick, but Southern was able to recover and run out the clock.

Kierre Crossley led the Golden Lions with 14 carries for 40 yards while Dalyn Hill had three receptions for 44 yards.