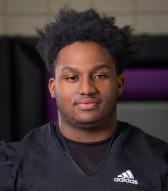 According to the Stuttgart police department, they are investigating a homicide that occurred early Sunday morning.

Omarion Bones was the victim according to a Facebook post on his page. His death was also confirmed by the UAPB athletics program where Bones had hoped to play as a walk-on this fall. Omarion Bones played for the Stuttgart Ricebirds and graduated in the Spring of 2020.

He played for the Iowa Wesleyan football program last year, but had moved home and reached out to the University of Arkansas at Pine Bluff about trying out for the Golden Lions.

Stuttgart police have released few details and are asking for the public’s assistance with the investigation.