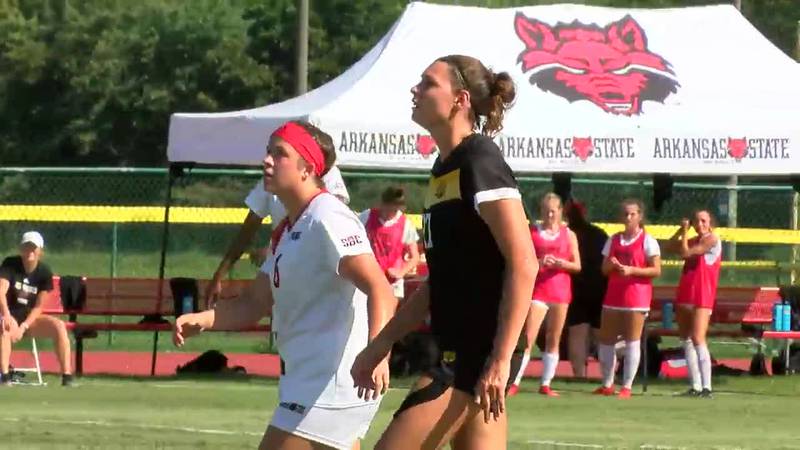 Jonesboro, AR. – The newcomers stole the show Thursday night, as the University of Arkansas at Pine Bluff opened the 2022 soccer campaign with a 1-0 shutout over Sunbelt foe Arkansas St. at the A-State Soccer Complex.

UAPB improved to 1-0 on the year, while the Red Wolves dropped to 0-1.

“This was win huge for us and the program,” head coach Erik Solberg, recapping Thursday’s match. “One of our goals this season was to beat a Division I team outside of conference play. It hasn’t been done since 2011, so to do that against an in-state rival is definitely a massive achievement. Of course we know this is the first of twenty games, but we’ll continue to lay the foundation one game at a time.”

The Lady Lions started four freshmen, as the Red Wolves got off to a fast start in the first half, putting up 13 shots before going into intermission tied at 0-0.

In the second half, UAPB freshman Tiana Johnson responded by making her collegiate debut, scoring the game-winning goal with a header in the 61st minute, assisted by Iyanah Hicks, to take a 1-0 lead.

The Red Wolves made a push deep in the second half, but UAPB defense buckle down to seal the win on the road.

Freshman goalkeeper Makaila Riedel was credited with nine saves for the Lady Lions.

UAPB continues nonconference play on Monday, Aug. 22 at 4 p.m. against Central Baptist College in their home opener at the Lady Lions Soccer Complex.