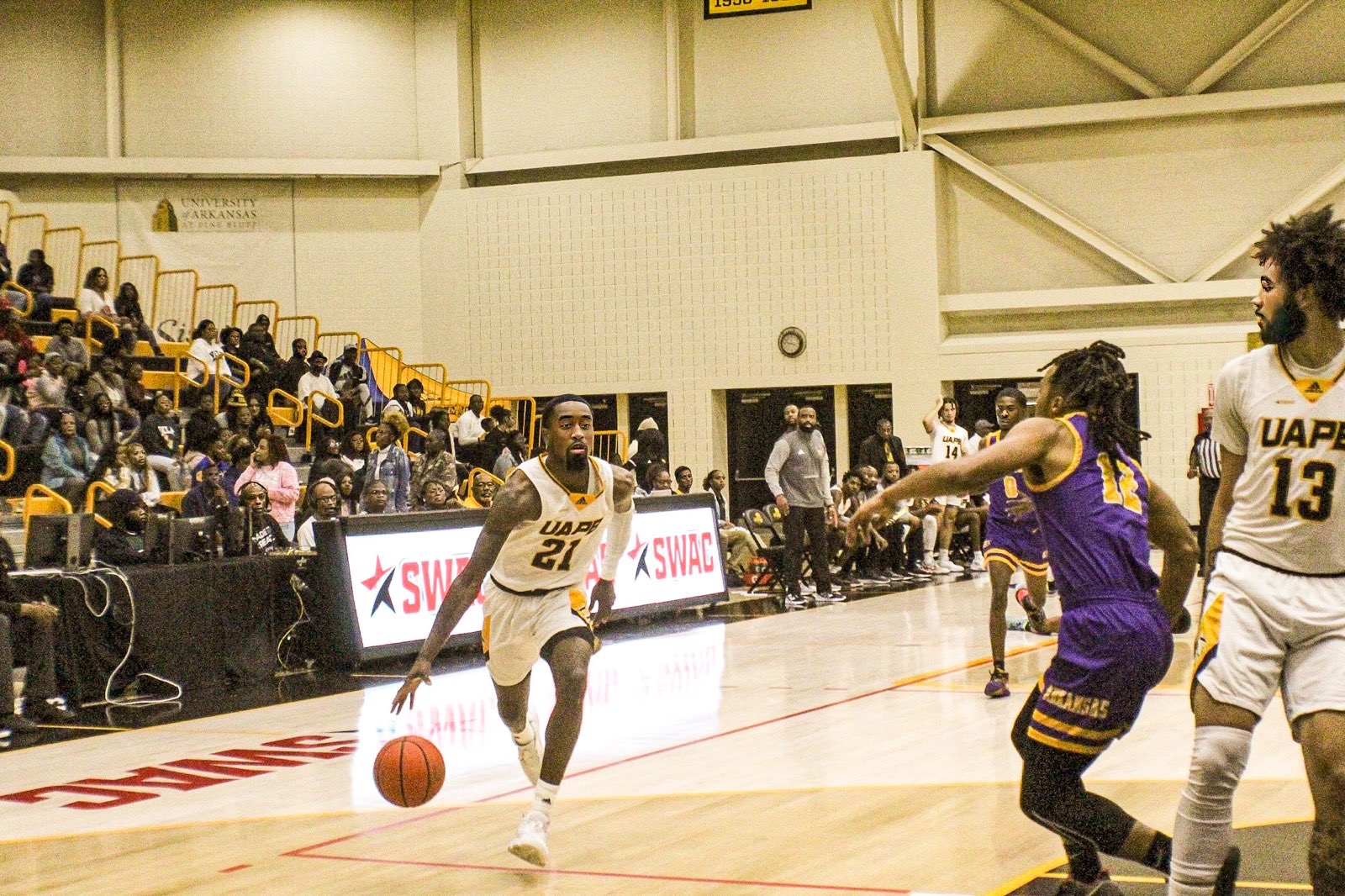 The Golden Lions had three players score in double figures, led by Doss Jr., who had 30 points and six rebounds. Kylen Milton tacked on 14 points, four assists and five steals from the bench and Trejon Ware chipped in as well with 11 points, six assists and two steals.

UAPB offense was very productive from three point land, pouring in eight threes on 25 attempts. Ware was the most prolific shooter for the Golden Lions, draining three treys in the contest.

The Golden Lions defense was a problem in Monday’s game, forcing 19 Grambling turnovers while committing 15. Those takeaways turned into 24 points on the other end of the floor. Milton’s five steals led the way individually for the Golden Lions.

After falling behind 28-17, UAPB went on an 8-0 run with 4:50 left in the first half, culminating in a three from Doss Jr., to narrow its deficit to 28-25. Grambling answered back and added to its lead, leaving the Golden Lions down 34-27 entering halftime.

Grambling kept widening its lead after intermission, constructing a 50-34 advantage before UAPB went on an 8-0 run to shrink the deficit to 50-42 with 12:22 to go in the contest. The Golden Lions kept their comeback going, but Grambling managed to hold on for the 77-70 win. UAPB capitalized on 10 Grambling turnovers in the period, collecting 14 points off those turnovers.

» UAPB lit it up from beyond the arc, knocking down eight treys in the game.
» The Golden Lions shared the ball well, recording an assist on 67 percent of made field goals.
» Shaun Doss Jr., Kylen Milton and Trejon Ware combined to account for 79 percent of the Golden Lions points.
» The UAPB bench made an impact by scoring 24 points to its scoring output.
» The UAPB defense forced 19 turnovers.
» UAPB cleaned up on the offensive glass, collecting 11 offensive boards in the game.
» Shaun Doss Jr. led the Golden Lions with a game-high 30 points.
» UAPB got a team-high six rebounds from Saun Doss Jr.